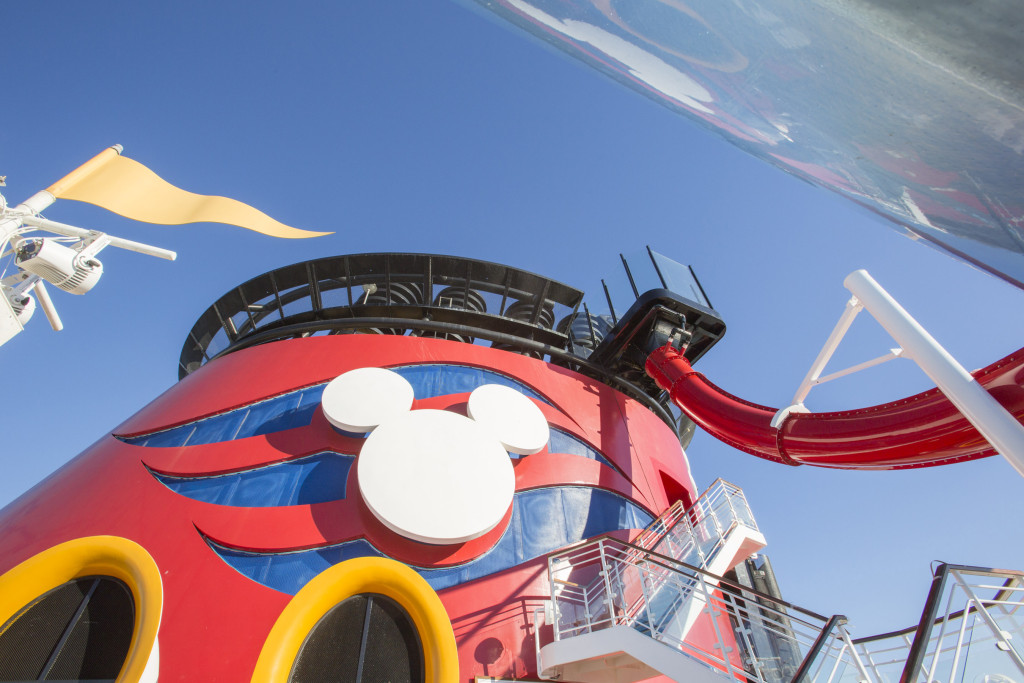 Let me start this post by saying that I never in a million years thought that I would want to take a cruise. Ever. The idea of thousands of people fighting for lounge chairs by the pool and being rushed through a dinner seating sounded absolutely horrific to me, and as soon as I booked a summer cruise on the Disney Magic, I heard a lot of the same fears and opinions from friends. Well, I am here to tell you I was 100% wrong. I know some of you are more partial to adult-focused cruises like you would find at Zegrahm, but for me… I guess this worked.

If you follow me closely you know that I generally spend my summers in L.A, but this year I wanted to do something different that didn’t involve 11 hour flights and jet-lagged children. On a whim one Saturday morning I found myself looking at the Disney Cruise website and saw that they had a 12 night cruise, originating in Barcelona and sailing all around the Mediterranean. After a quick discussion with my Husband I booked the trip and then spent months researching the cruise to make sure I had made the right decision, and planning what to do in each port.

The ports on our cruise included Barcelona, Palermo (Sicily), Naples, Civitavecchia (Rome), Olbia (Sardinia), Livorno (Florence/Pisa), Villafranche (Nice), Cannes, and Palma (Mallorca) with three sea days in between. I will go into detail about what we did in each port in the coming posts, but for now let me focus on the Disney cruise itself.

We decided to make the Cruise a total and complete surprise for the kids and simply told them that we were going to Barcelona for a few days. Arriving at the “Mickey Boat” and seeing their faces will forever be one of my absolute favorite memories.

So without further adieu, here’s a little bit more about the Cruise. 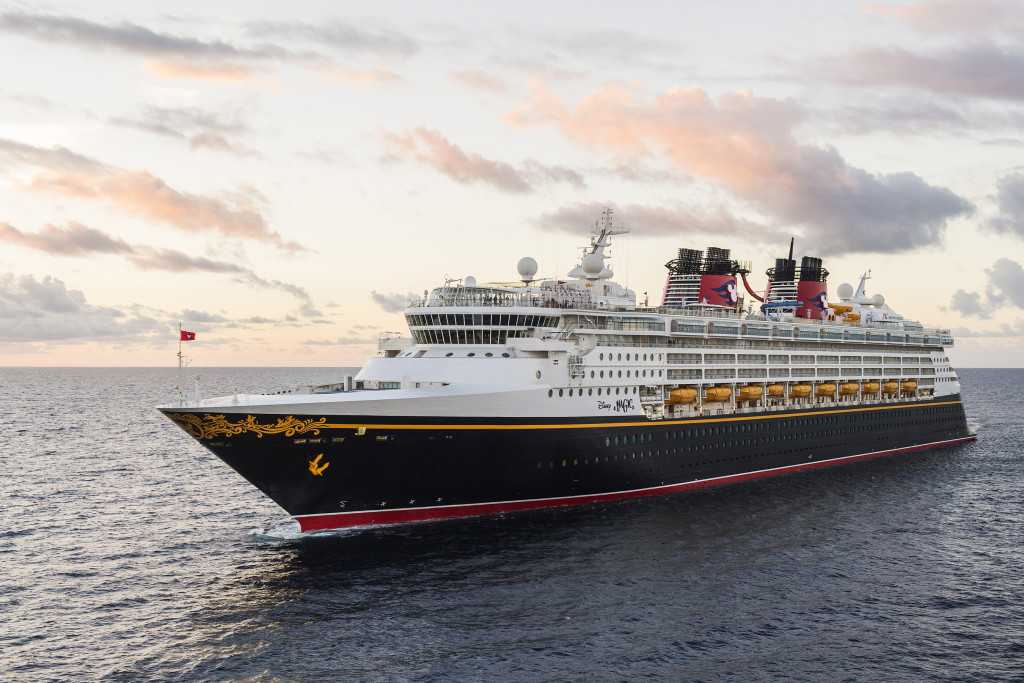 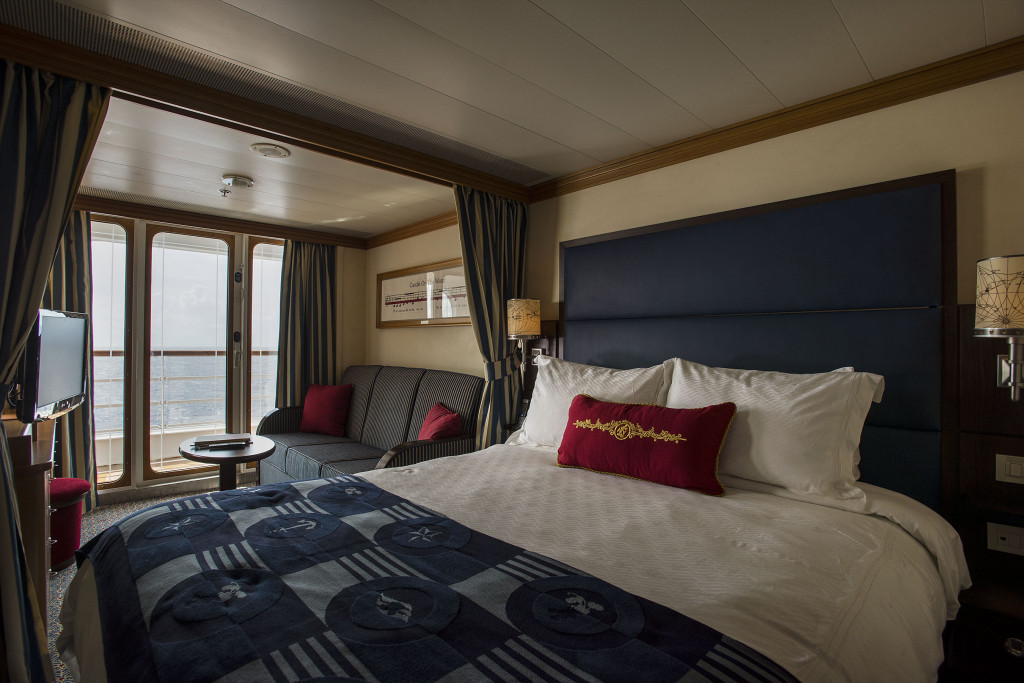 We booked a deluxe stateroom with a verandah, as the idea of not having any outdoor space on a boat totally freaked me out. For a family of four there is a large king bed (with ample storage for luggage underneath), one bathroom with a sink and a toilet, another bathroom with a sink and a shower, and then a living area with a couch and a TV. The room was much bigger than I thought it would be and I was really pleasantly surprised at the ample space and superb quality overall.

In the evening the couch is turned into a single bed and top bunk bed is set up for another child. The room is divided by a curtain between the kids area and the parent’s bed so there’s at least an illusion of privacy. There’s also a closet with plenty of hanging space for you fellow over-packers. The room was lovely and fit us perfectly. We had the greatest stateroom attendant that ensured our room was always tidy, any wine we had was always on ice, and chocolates were left for the children every night along with a special towel animal creation.

The bed was extremely comfortable and the kids loved sleeping on their “magical bunkbeds” that only appeared in the evening. I was really happy that we did have the verandah, although we didn’t use it as much as I thought we would. There were two evenings where after the kids were in bed we sat outside and enjoyed a glass of wine, but most evenings the kids wanted to play in the kids club allowing us to enjoy the entertainment on-board. 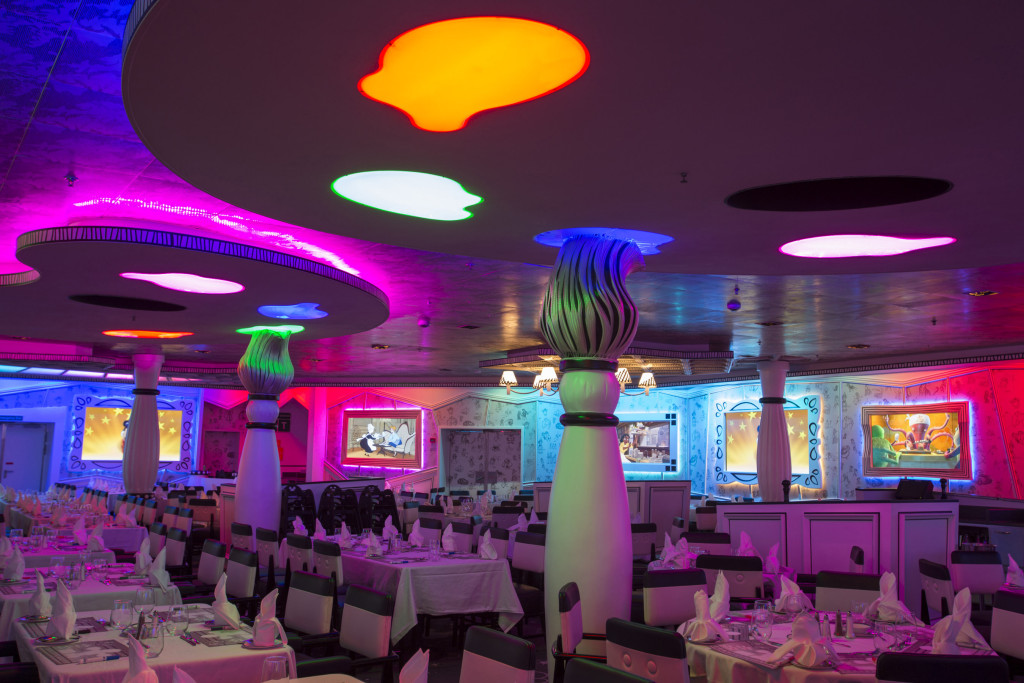 There is no shortage of food options aboard a Disney Cruise. On your first night you are given your dining rotation which includes three restaurants. There are also several options for breakfast and lunch, as well as an an adult-only coffee bar, an ice cream counter, all day pizza, and much much more.

From a kid’s perspective the dinner dining was perfect. Our two servers were incredible with the kids and they always had their favorite things on the menu, including mac and cheese, pizza and chicken nuggets. There was also always a healthy option available which we forced upon them a few times. From an adult perspective the food was not that great in the rotational dining restaurants (after all they are making THOUSANDS of meals a night), but absolutely excellent in the adult-only restaurant, Palo. My husband and I focused on having delicious meals at the various ports (including copious amount of pasta in Italy), and on the days that we were at sea we made sure that we either had a lunch or dinner at Palo.

For the kiddos there’s also character breakfasts and various shows that go on during the dinners and honestly having them happy meant that we could relax and enjoy ourselves as well. 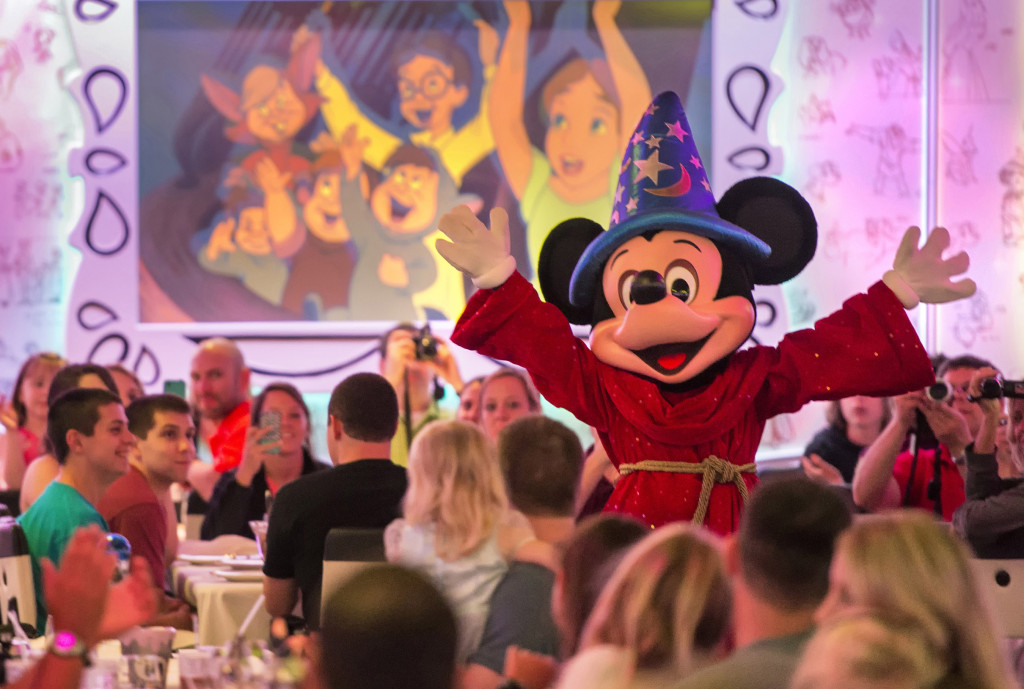 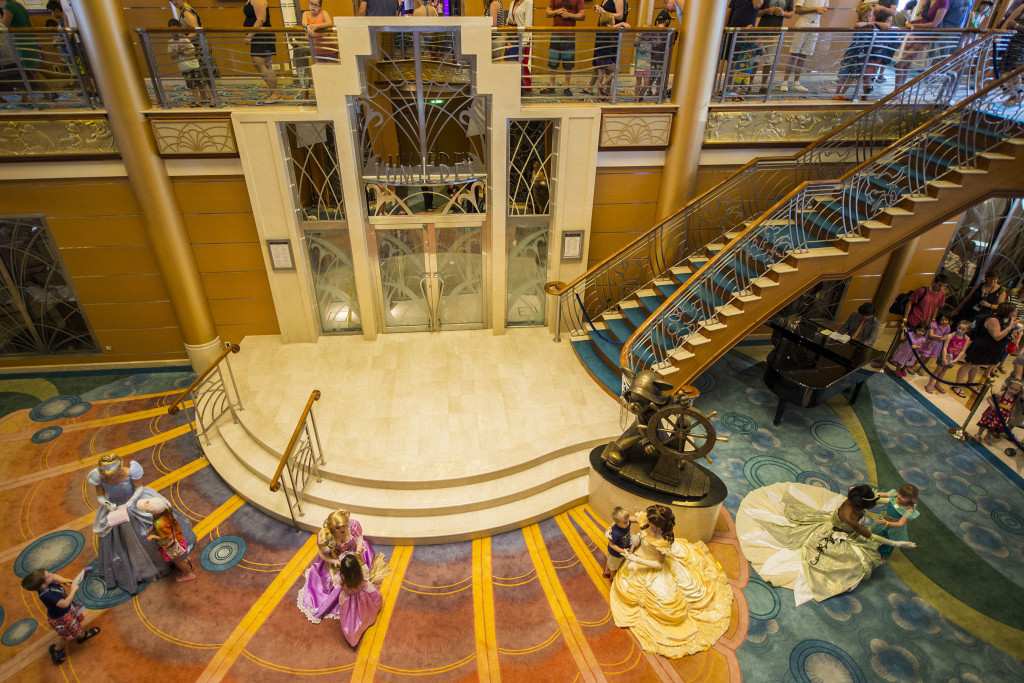 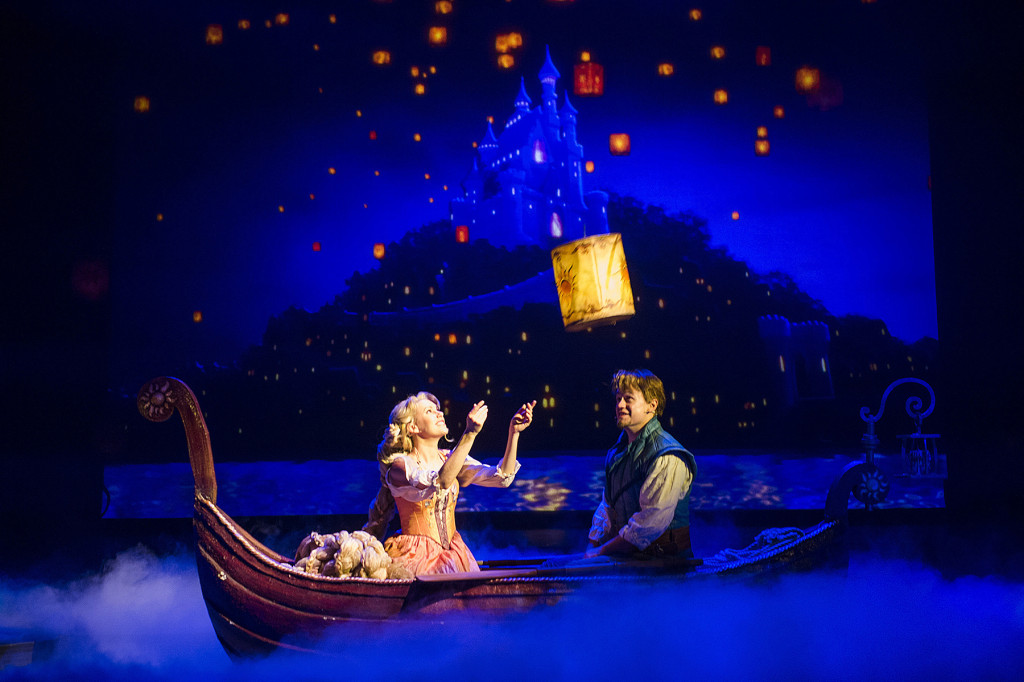 The entertainment onboard the Disney Magic was the definite highlight (along with the kids club and waterslides) for the kids. Every night there is a show to enjoy. We enjoyed “Tangled, The Musical”, Twice Charmed (a Cinderella re-telling), and Dreams (a show that had short vignettes of all of the Disney animated classics). There was also a movie theatre where the kids watched Finding Dory (twice) and where we got to see Pete’s Dragon on the day that it came out. I have a feeling that when we get back home the kids will want to keep watching Disney films to relive that excitement, so I’ll have to check out the best vpn for streaming to find as many movies as possible for them to watch online.

There are also themed days and deck parties which the kids loved. One evening was dedicated to Frozen with the entire boat decorated accordingly, and then there was the Pirate’s evening which was complete with a fireworks display.

Being Disney there is, of course, the opportunity for your children to meet all of their favorite characters. There was a Marvel afternoon with all of Mini AB’s favourite superheros, though I suppose it might have been hard to spot them, there were so many children dressed up in their own capes and costumes. One of the mothers I had a chat with at the end of the event told me that buying a personalised Kids superhero cape for her son worked wonders on finding him when he got mixed up with the other children.

For Mini-AG and the little ladies on board, there was a Princess Gathering, a little Princess meet and greet prep. We even visited the Bibbidi Bobbidi Boutique on board where Mini AG had a complete Aurora transformation. 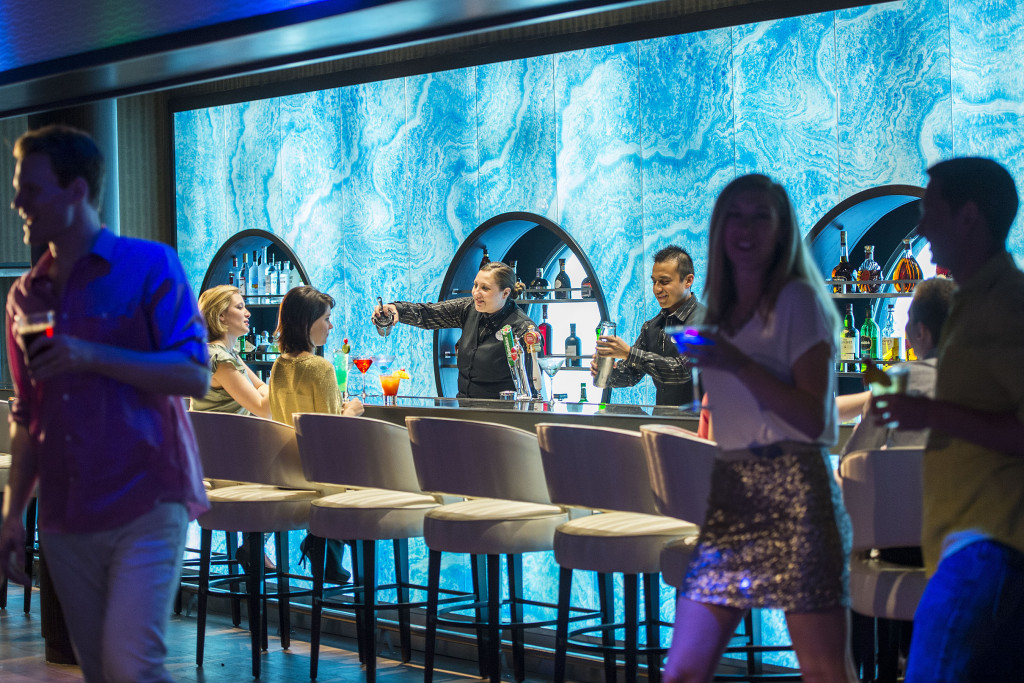 There’s an entire “After Hours” area for adults which includes a pub, nightclub and piano bar. Randomly, our favourite was Keys, the piano bar which had beautiful ocean views and had a great performer each evening. This was our favourite spot for a night cap before we picked up the kids from the kids club. 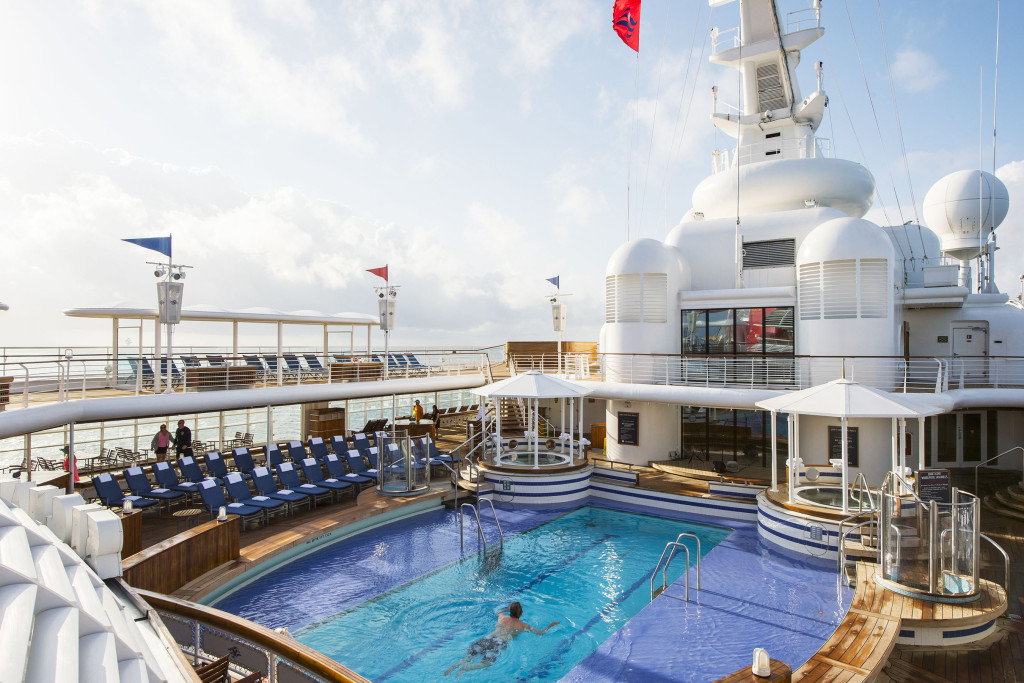 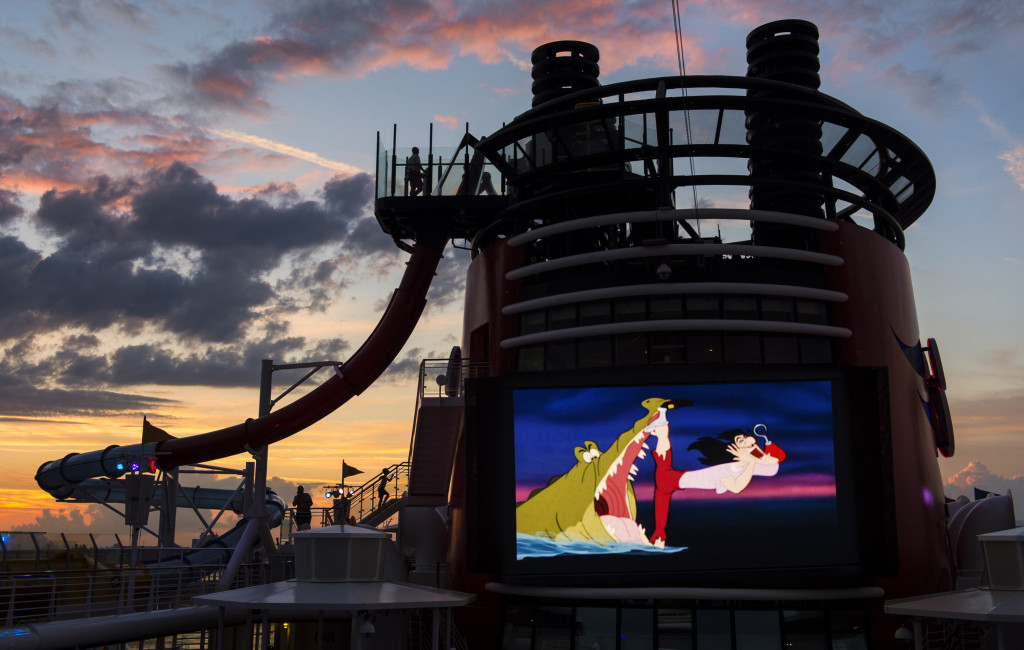 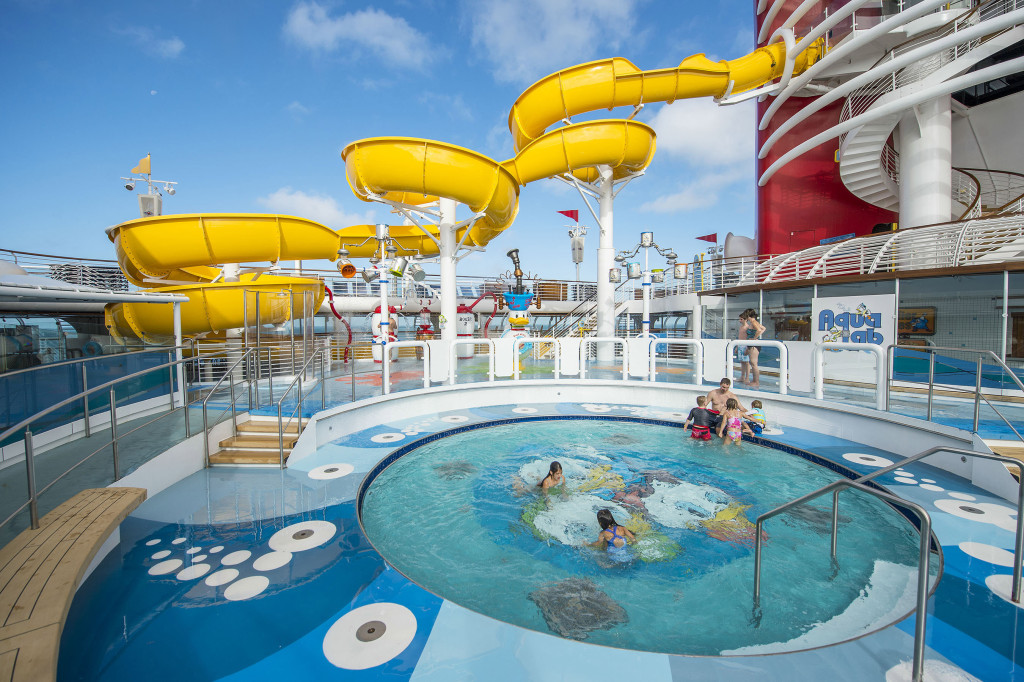 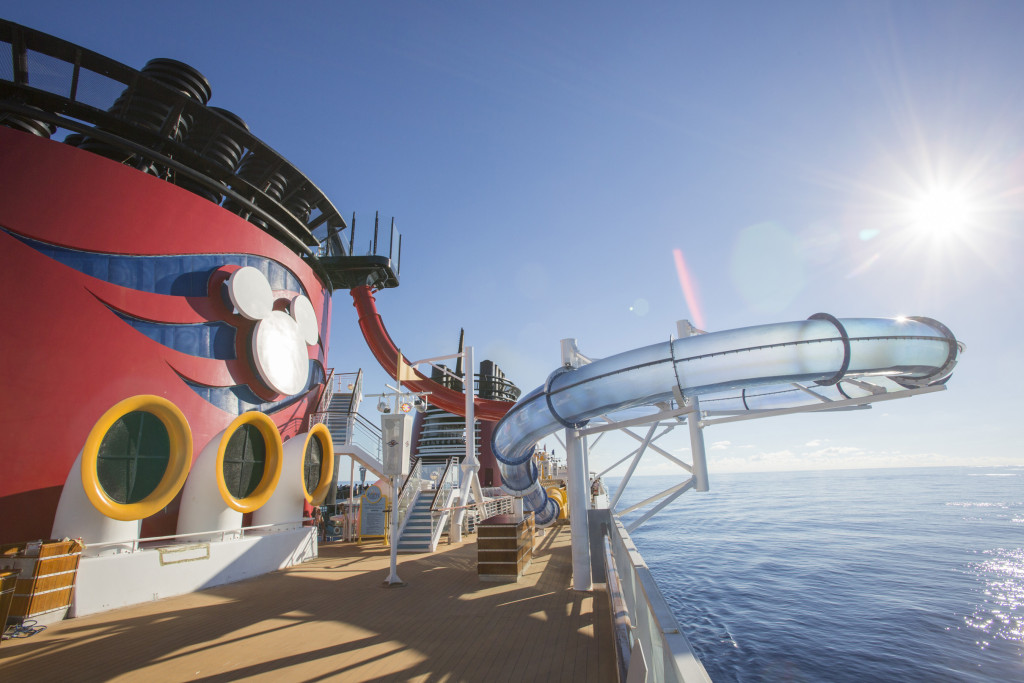 There are three pools on board the Disney Magic. First is the splash pool, more of a paddling pool for the younger kids with an entire water play area and a slide which both of my kids loved. Second, the main pool has a giant movie screen on it and plays either Disney trivia or movies almost 24/7 and has the Aquadunk, an over the ocean water slide which I was too scared to try but my Husband thought was “awesome. Finally (and my obvious favorite) was the Quiet Cove adult pool. This pool is close to the spa, has it’s own bar and is where we spent a good chunk of our at-sea days. A warning it does get quite crowded so we did try to go before the afternoon rush. 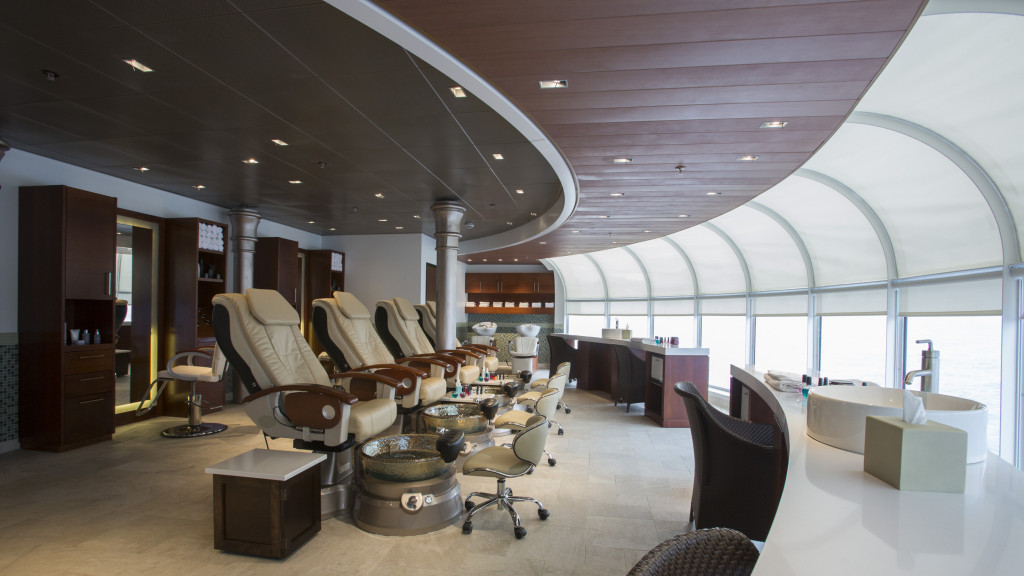 The ship has a complete spa and salon and offers a wide variety of treatments. We had a couples massage, which was absolutely incredible, and I had several blow-dries and a Keratin treatment which was lovely. My only suggestion about the spa is that it gets booked up very very fast, so if after reading this post you decide to book a cruise, make sure you book your spa treatments as soon as they become available. (On that note, try to book anything that you want to do before you get on-board, it will make your life a lot easier!) 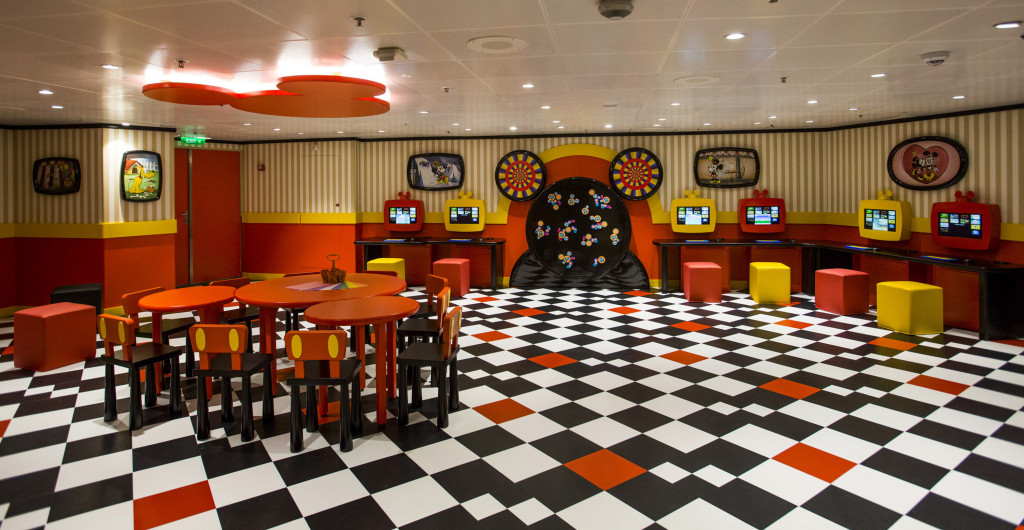 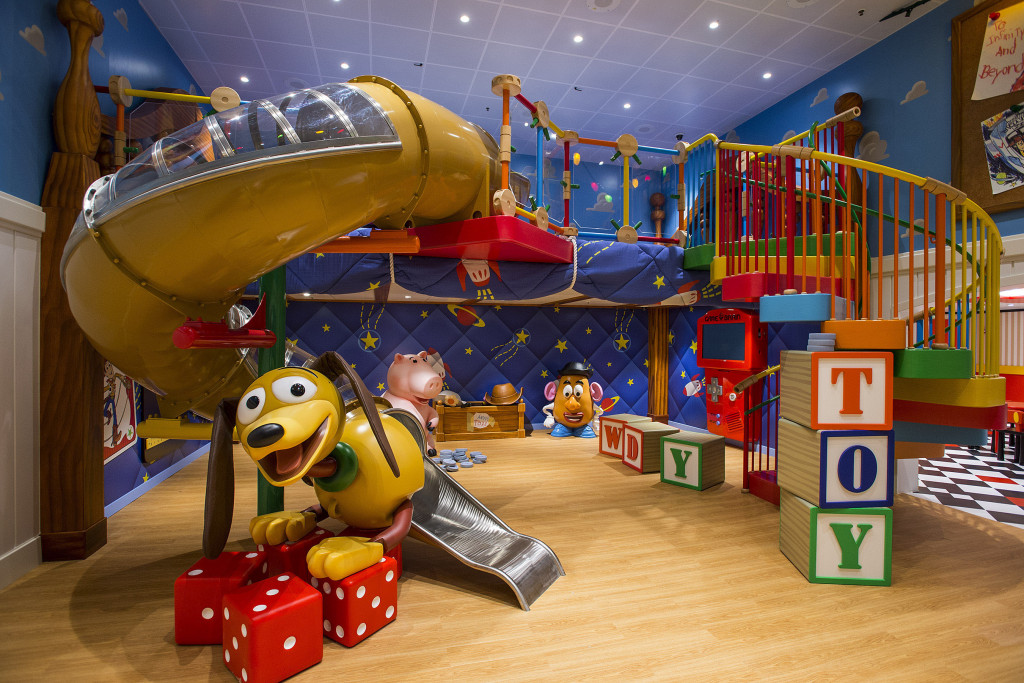 The Disney Magic really does have fun for all ages and our kids loved being dropped off at the Oceaneer’s Club or Oceaneer’s Lab for a couple hours each day. My budding artist daughter loved the animation sketching and my son loved the Marvel themed room and the various counsellor hosted activities, as well as the constant Disney movies. Each day the kids would come out with an art project and beg us to take them back the next day. The Oceaneer’s Club is for children from three years old, but there is also a nursery for younger kids, as well as tween and teen areas for the older children. (I personally wouldn’t take a child younger than four because I am not quite sure they would appreciate it as much and well, it’s just a lot of work.) 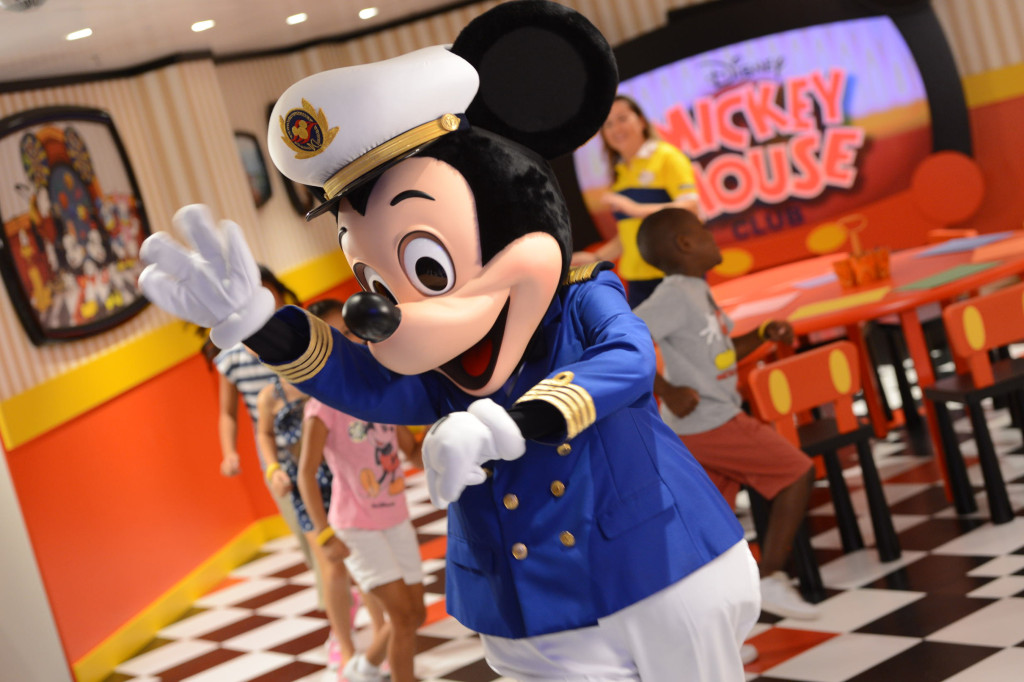 Happily Ever After…
I could go on and on about these 12 days, and am happy to answer any and all questions (just comment below), so if you are considering a cruise just let me know.

The last day of the cruise we were all so sad to get off the ship. The kid’s thanked me for the “best vacation ever!!!!!!!!!” and we even decided to look into to future Disney Cruises. Another thing I never thought I would say.

So there you have it. American Girl, Disney Cruise convert.