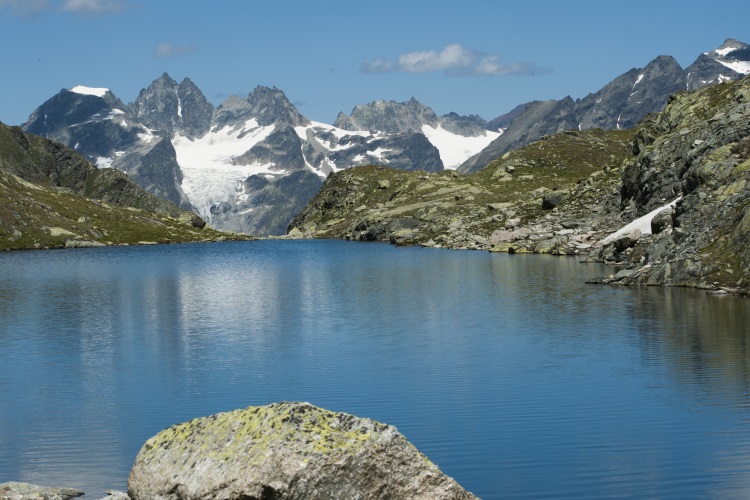 Switzerland combines alpine landscapes with quaint mountainside villages and lakes. Metropolitan cities contrast with medieval towns and some of Europe’s most beautiful examples of architecture. Depending on where you are planning on visiting may depend on where your accommodation is situated. From checking in to Geneva Hotels to staying in Zürich, this can make a difference in the travel distance of visiting various sights. But if you have a plan, it doesn’t matter where you are staying!

Some people may hop from one village to the next admiring the lush views. If you’re looking to get the most out of a trip to this gorgeous European nation, check out these top places to visit.

Zermatt
Zermatt nestled high in the Swiss Alps features one of the world’s most photographed mountains: Matterhorn. Resembling a pyramid from a distance, the peak soars to a total height of 4,478 metres (14,692 feet). Tourists take the cable car to the summit during the summer to marvel at this spectacular example of nature. When the snow starts to fall, the region transforms into a vibrant skiing resort. If you want to experience a flavour of the Swiss Alps, this is the place to visit. Just be aware that oxygen levels will be lower at the higher altitude and you can expect to feel some symptoms of sickness.

Montreux
Montreux is a relatively small town located a short drive from Geneva. The spectacular Chateau de Chillion dominates the centre housing a 1000-year-old castle. Stand near the lake and marvel at the glistening water framed by the mountains. Head to the island and visit the castle. Compared to the larger cities, Montreux provides a more relaxed few days while surrounded by stunning scenery. Explore the Lake Promenade and snap photographs of some of Switzerland’s best views. If you’re in the town in July, check out their annual Jazz Festival. This attracts thousands of fans each year who turn the otherwise sleepy alpine town into a buzzing centre.

Appenzell
Located in the northeastern corner of Switzerland, Appenzell exudes the postcard-perfect image of a Swiss town. Colourful houses decorated with various motifs line both sides of the narrow streets. Some feature images of flowers while others display giant flowers on their façades. A short walk from the town centre leads to the countryside. Towering mountains dominate the horizon and endless stretches of undulating green fields form the foreground. If you’re looking for a quiet escape and to soak up rural Switzerland, Appenzell is for you. The town is also known for its embroidery, cheese and handicraft.

Bad Ragaz
Bad Ragaz near the Swiss border with Lichtenstein sits in the St Gallen Rhine Valley. The small town has allured people from around Europe for centuries to bath in its thermal waters. Water at a constant temerature of 37°C bubbles from underground sources to the surface. Bathing in the mineral-rich thermals is both revitalising and rejuvenating. Several spas dominate the centre with visitors come from all over Europe to relax. Head further from Bad Ragaz and you’re surrounded by the Swiss Alps and the nearby Tamina Gorge. Or if you’re looking for an adventure, why not take a day trip across the border into Lichtenstein, one of the world’s least visited countries.

Bern
Switzerland’s capital Bern exhibits a fine collection of European medieval architecture in its city centre. The UNESCO-listed city almost resembles a scene from a fairy tale with elegant buildings, graceful streets and more than 100 fountains. Bern itself sits on the Aare River, which once acted as the main arterial through the ancient city. Check out the iconic city clock tower which features dancing figurines when the clock strikes the hour. You can also visit a bear park near the capital too. Or just stroll through the magical streets and soak up the Swiss atmosphere.

Swiss National Park
The Swiss National Park in the Engadine Valley covers a whopping 67,000 acres. Split into alpine meadows, forests and mountains, the national park is an ecological wonderland. When it gained its protected status in 1914, the region became one of the first national parks in Europe. Only a single road leads into the region which limits visitor numbers. Most tourists come during the summer months where they’ll witness colourful alpine flowers, dozens of birds and the occasional deer. Travelling in the winter isn’t advisable as temperatures often fall to double digits below zero.

Jungfrau Region
If you want to experience the Swiss Alps, head to the Jungfrau region in south-central Switzerland. Gigantic mountains including the three famous Monch, Eiger and Jungfrau standing on the horizon. In the summer, hikers follow the trails to their summits and get the best views of the town and countryside. Green meadows seem to roll forever along the rugged landscapes. The small resort town called Interlaken is the hub of Switzerland’s Jungfrau region. Dozens of accommodation options cater to the hundreds of tourists. And riding the scenic train to get to the town is a treat in itself too.

Lucerne
Lucerne in central Switzerland is a postcard-perfect city. Sat next to a lake and against the backdrop of mountains, it’s arguably one of the most beautiful spots in the entire country. Explore the remains of medieval towers and centuries-old churches in the town centre. Head out into the wilderness and embrace the stunning views of rural Switzerland. Almost every tourist in Lucerne will ride the cable car to the summit of the surrounding Mount Rigi or Mount Pilatus. Both provide a stunning panoramic of the lakeside town.

A holiday in Switzerland
Switzerland offers a range of experiences from exploring the ornate Appenzell and historical Montreux to relaxing in the thermal spas of Bad Ragaz. Other areas showcase the best of the alpine environment, lakeside towns and a trip into one of Europe’s first national parks. Millions of tourists visit each year, few depart unsatisfied.