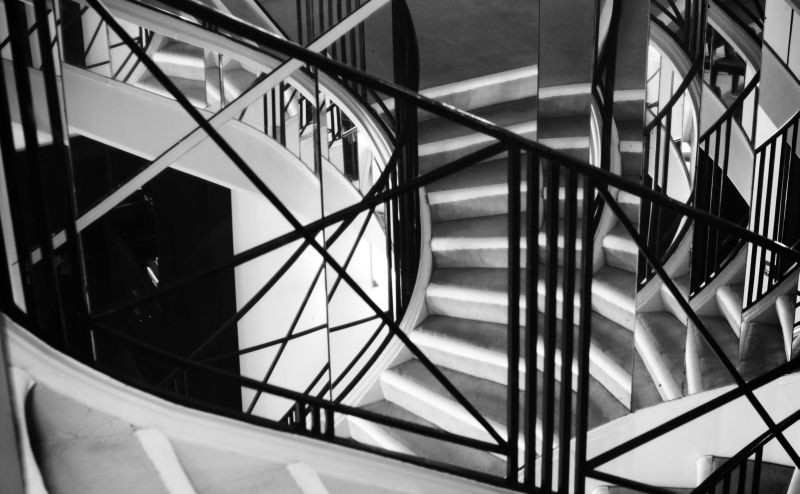 From the 12th of September until the 4th of October, the Saatchi Gallery all be holding a photographic exhibition by Sam Taylor-Johnson’s which will feature a series of 34 photographs capturing the private rooms of Mademoiselle Chanel at 31 Rue Cambon in Paris.

“Shooting at Coco Chanel’s apartment was an unexpectedly absorbing experience,” says Taylor-Johnson. “The essence of Chanel is firmly rooted there in all of her possessions and I truly believe that her spirit and soul still inhabits the second floor.”

Starting from the hallowed mirrored staircase leading up to the apartment, the Turner Prize nominee has captured this intimate world, artfully immortalizing objects and furniture that were so treasured by Mademoiselle Chanel.

The photographs illustrate the numbers, patterns, colours and emblematic animals that are synonymous with Mademoiselle Chanel’s creative vocabulary

From the white satin-covered bergère on which Chanel was photographed by Horst in 1937, the Coromandel lacquered screens, gilt Venetian mirrors, and walls stacked with leather bound editions including Shakespeare, Voltaire, Byron and Bronte, to the salon’s rock-crystal chandeliers, which on closer inspection reveal the blossoming of camellias, not forgetting the number 5, the double C, and the initials G for Gabrielle and W for Westminster, every detail has been brought to the fore.

Mademoiselle Chanel surrounded herself with treasured objects, like crystal balls, pairs of animals – like terracotta camels, deers, and earthenware horses – and, of course, her majestic and symbolic gilded lions that represented her star sign Leo. These valued talismans co-exist with the more austere lines of natural materials and muted colours.

Mademoiselle’s apartment provides an atmosphere, which, is both personal and mysterious and is a testament to her modern style. “The apartment is beautifully stylish. It feels like she had meticulously chosen every object, “says Sam Taylor-Johnson.

To accompany the exhibition, a book entitled ‘Second Floor’ published by 7L will be available to buy from Saatchi Store at Saatchi Gallery as well as other book stores. A limited edition box set of ten prints chosen by the artist will also be available.