I’ll be the first to admit, I was captain of the anti-Olympics squad for a long while. You could say I didn’t really see the point of countries taking turns hosting the likes of a school sports day and London being the next on the list to have their turn didn’t exite me as it did others in the capital. But truth be told, London is a lovely place to be right now. Traffic is light (I got to Mayfair the other day from Chelsea for Â£8), the sushi bar at Zuma is empty, and people are generally in a very good mood (possibly to do with the fact that the rain has let up.)

And because the Husband is a huge sports fan, I’ve attended a few events. So if for some odd reason don’t follow AG on twitter or instagram, here are some snapshots of the last week or so. 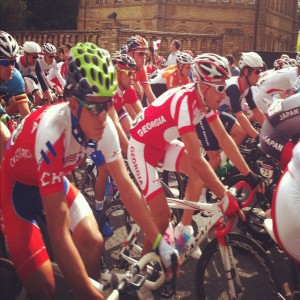 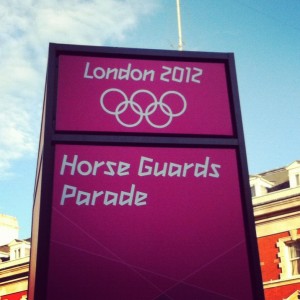 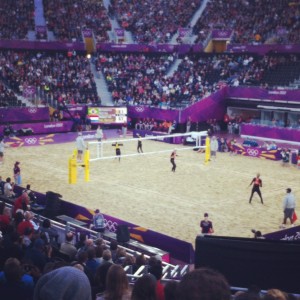 By far the most fun atmosphere is the Beach Volleyball. So thrilled that Misty and Kerri took GOLD last night! Apparently there was a bunch of people next to me that had done some volleyball betting on who would win the match. Judging by how hard they cheered I’m guesing Kerri was their choice to win. 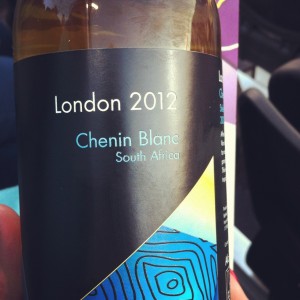 Not the best vino I’ve had I’ll be honest (then again what did I expect in London). 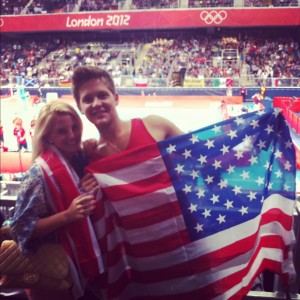 My little brother flew all the way from LA to catch some volleyball. 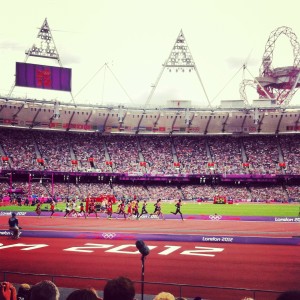 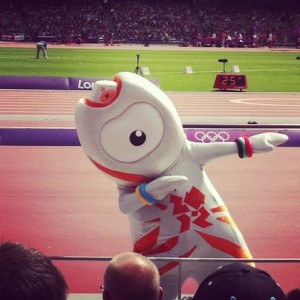 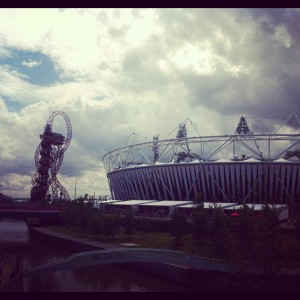 I must admit, I’ve caught a bit of Olympic fever. That’s right, I said it, don’t rub it all in at once.