“Deep in every heart slumbers a dream and the couturier knows it: every woman is a princess.”- Christian Dior

On my first visit to Paris, when I was 13 years old, I remember standing in front of the Christian Dior flagship. It was Christmastime and the big letters CD were lit up with twinkle lights. My mom looked up and said, “Look, it’s your initials.” I replied, “No, mom, that’s Christian Dior.” That’s the day that I feel in love with the fashion house, and have j’adored following the collections since then.

Well, you can imagine my excitement when I heard that, like Chanel, Dior was going to have a major Harrods moment. It took me weeks to get into see the “So Dior” exhibit, but when I finally did I did not want to leave. It was only fitting to wait to have my mom in London to visit.

The 4th floor of Harrods has been completely transformed into the world of Dior, with some of the most famous dresses worn by Audrey Hepburn, Marion Cotillard, Charlize Theron, Natalie Portman, and Princess Diana on display. There are video installations of the Miss Dior and J’dore perfume campaigns, and even an entire stage of miniature Haute Couture recreations.

After spending a significant amount of time drooling over the designs, we had a lovely lunch in the The Dior Café where we each had a delicious watercress salad and champagne. 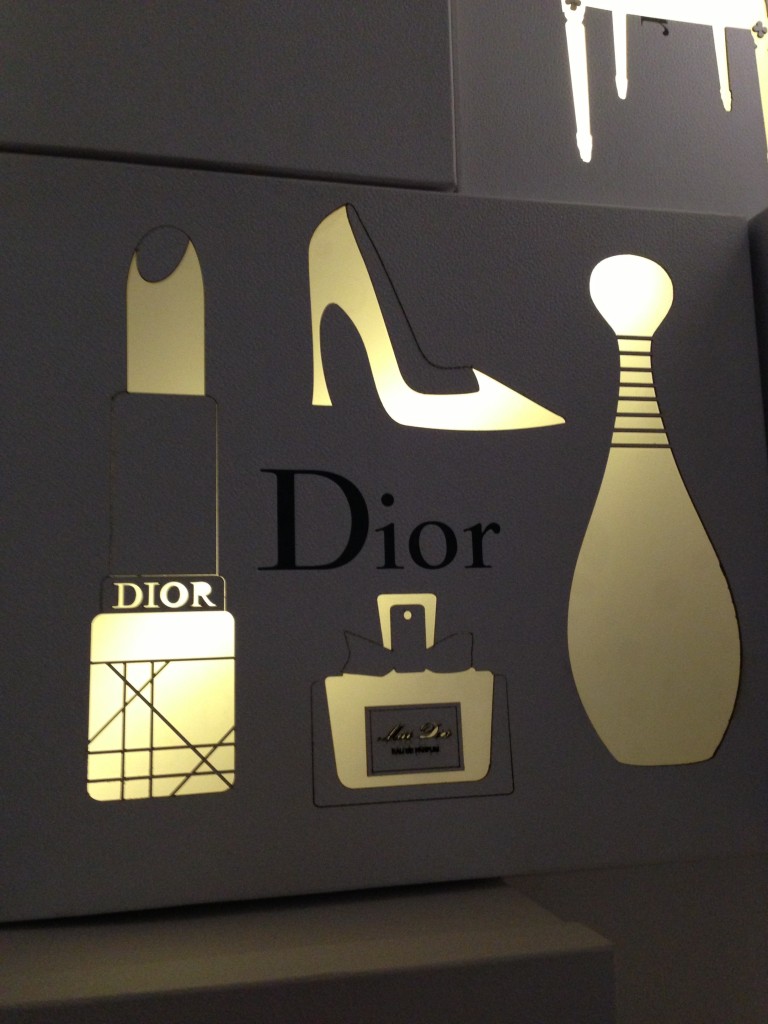 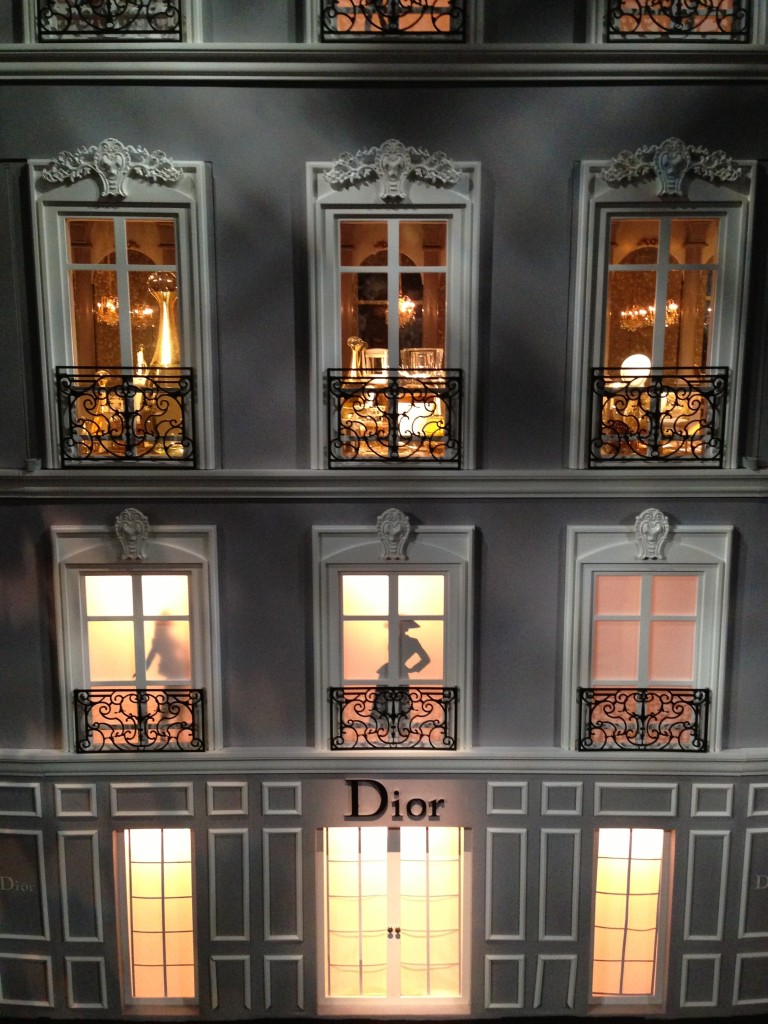 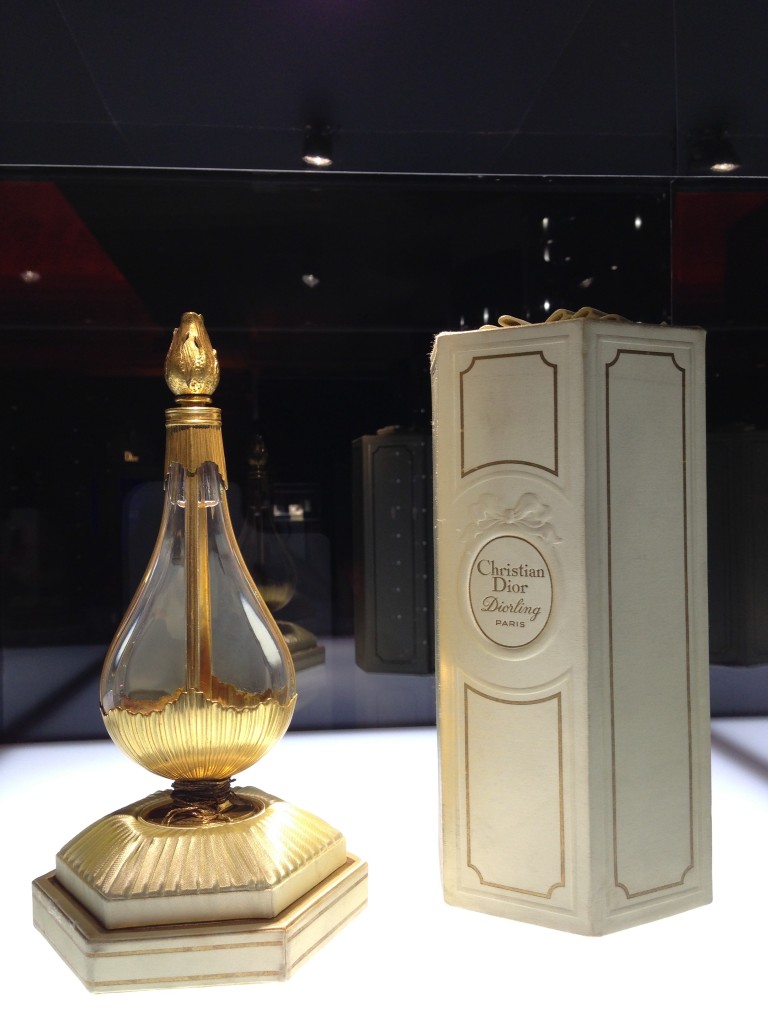 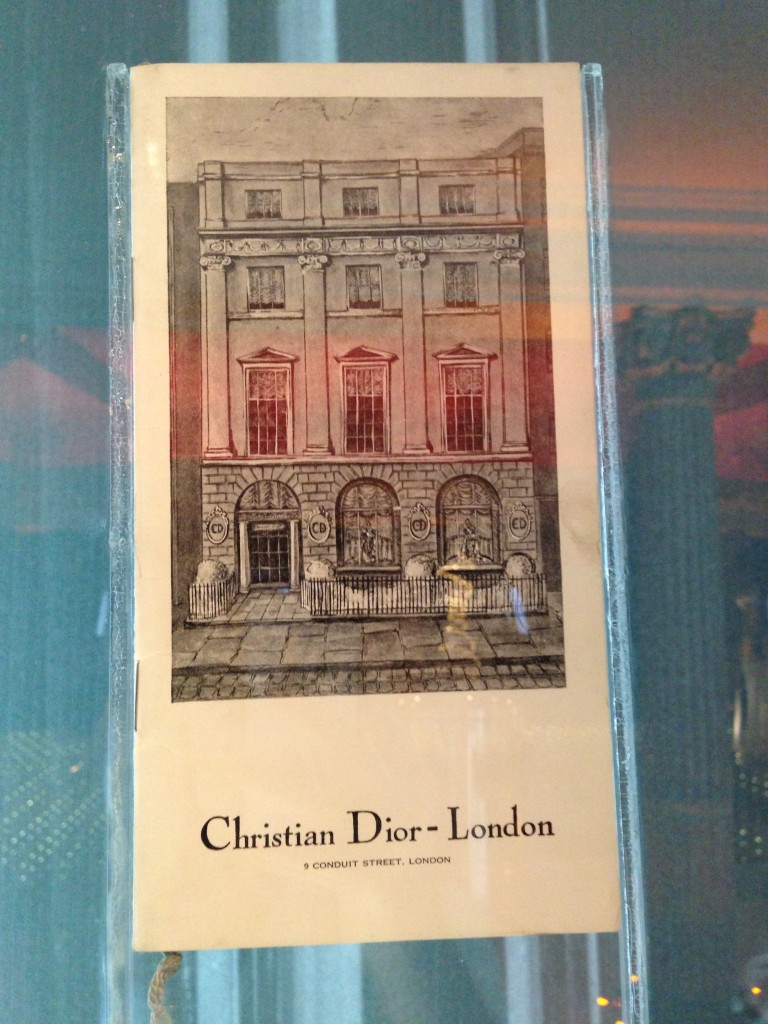 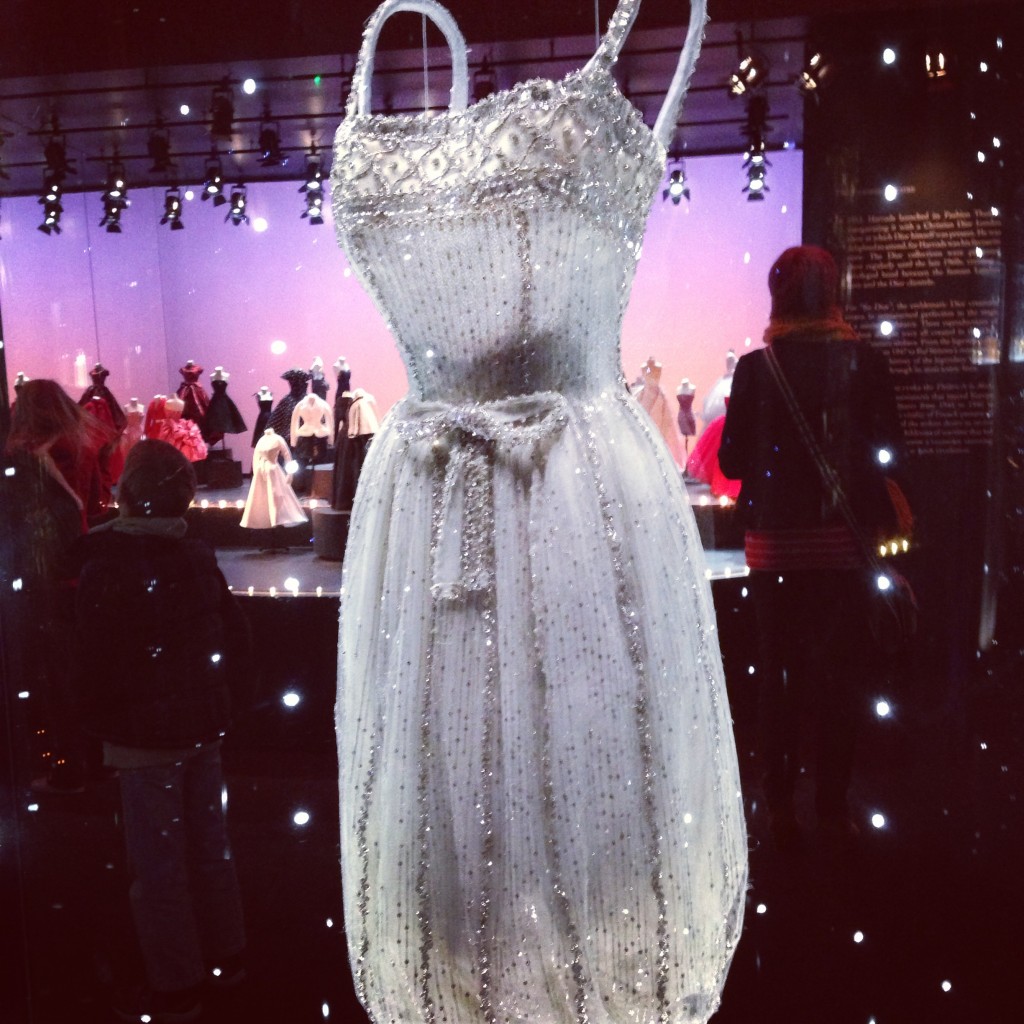 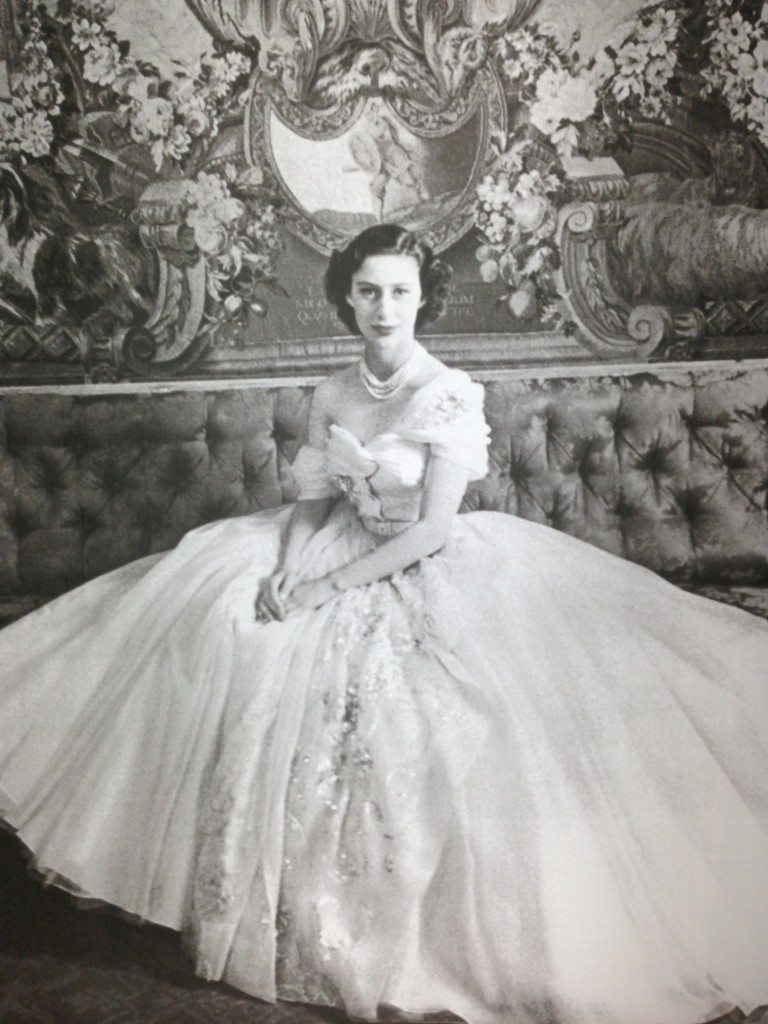 Princess Margaret wearing a Dior dress photographed by Cecil Beaton for her 21st anniversary in 1951. 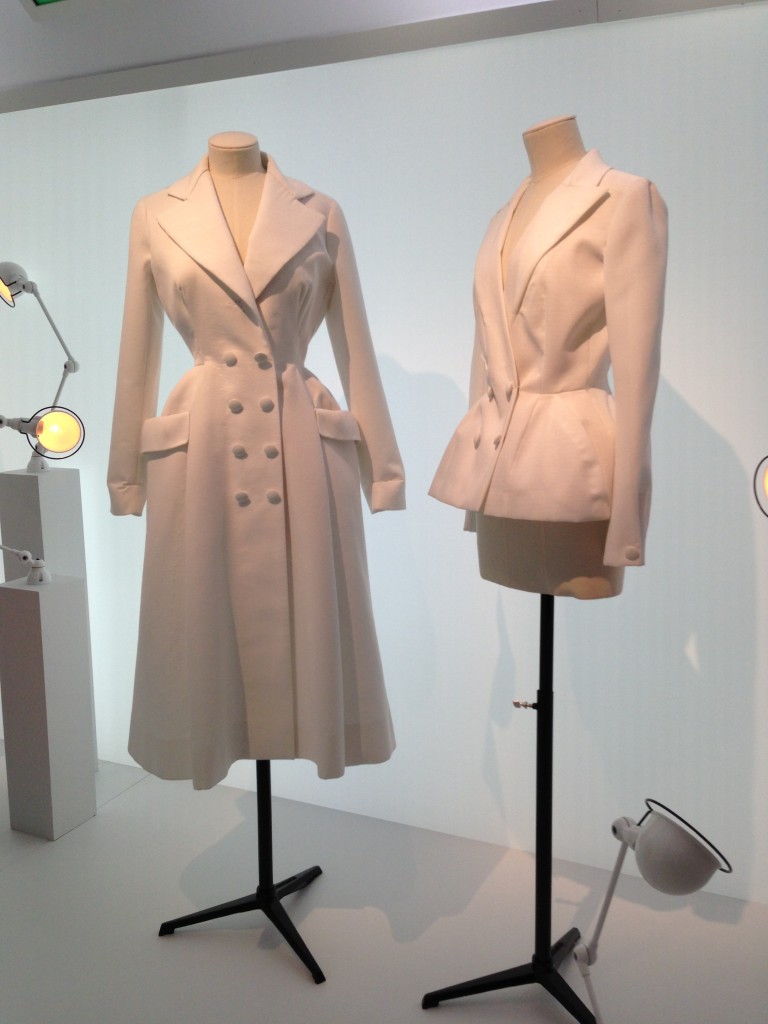 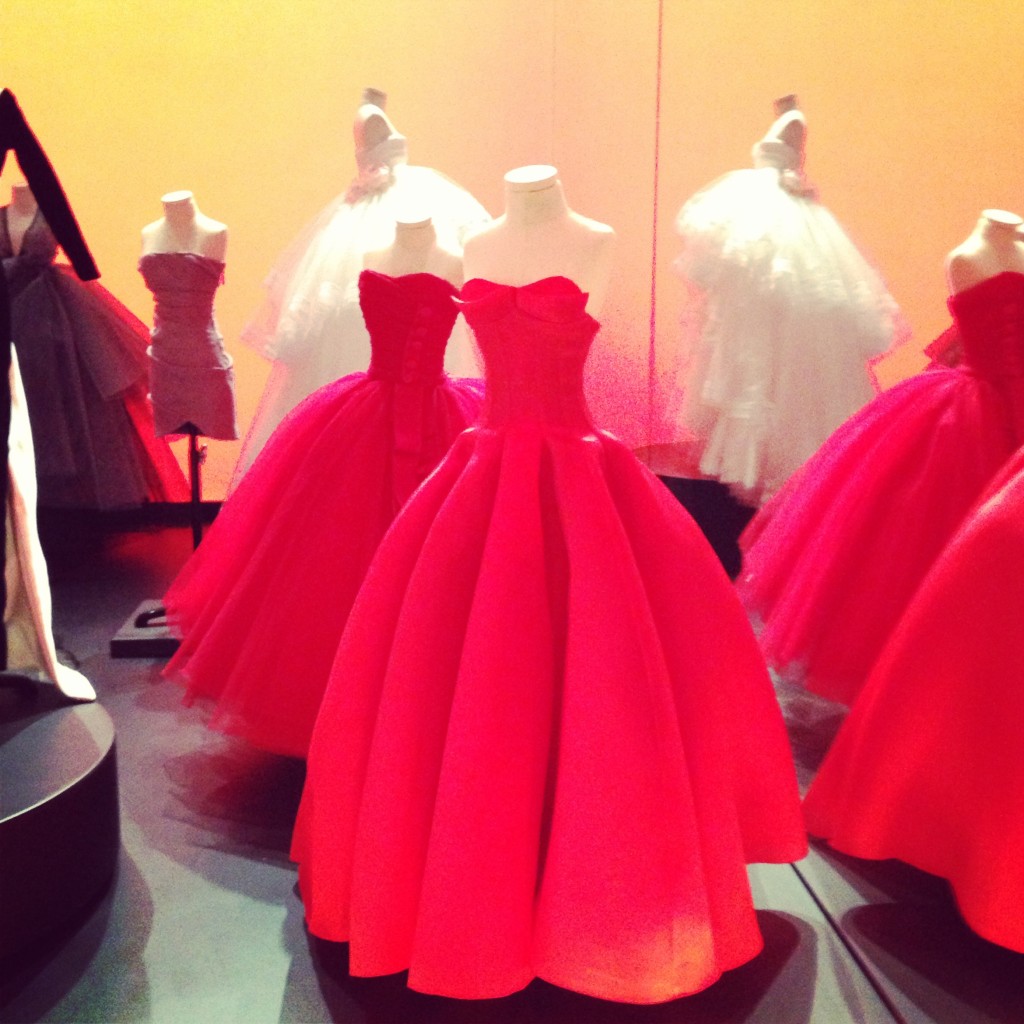 One of the miniature recreations of Dior Haute Couture 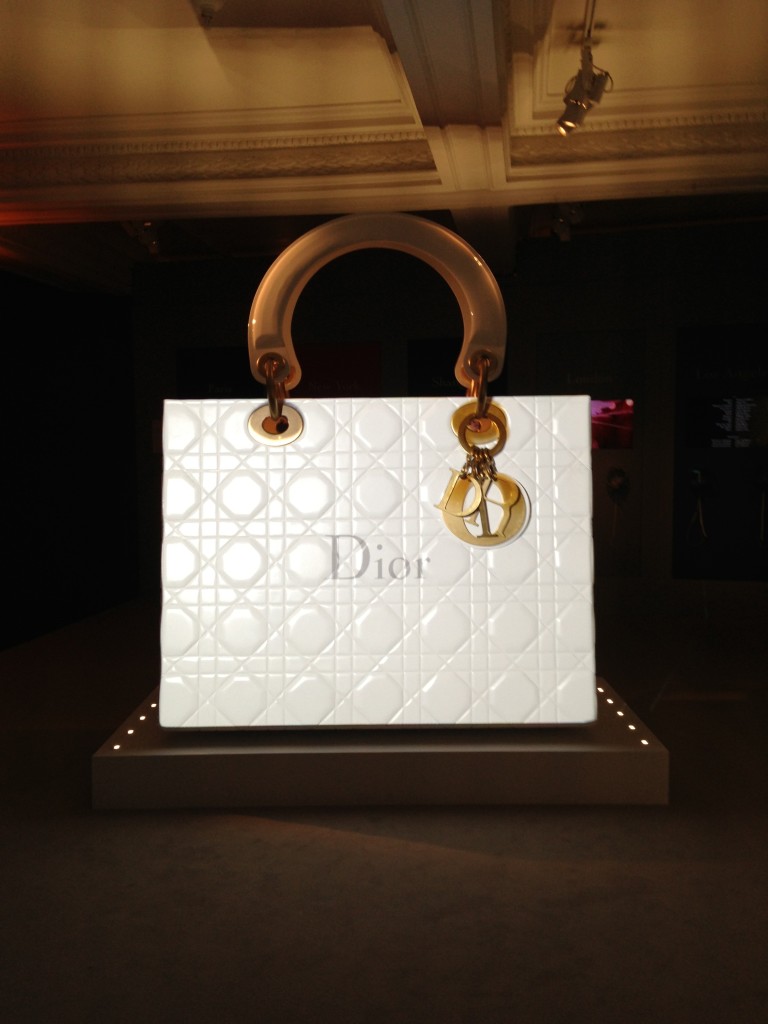 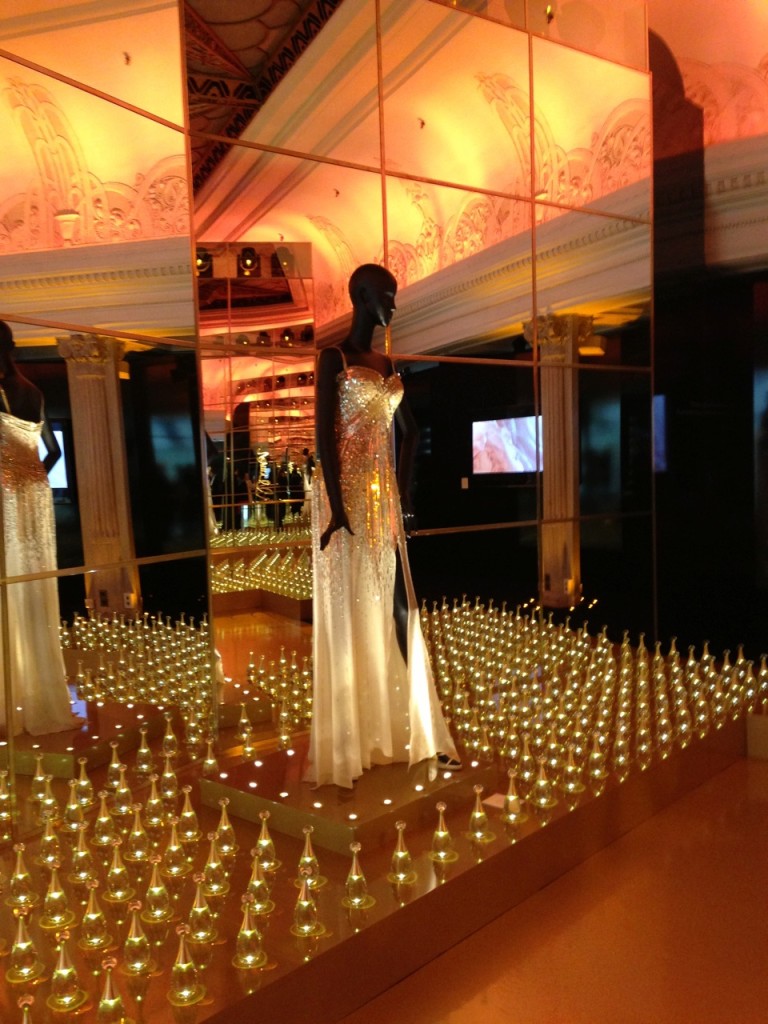 Dress worn by Charlize Theron in the J’adore adverts 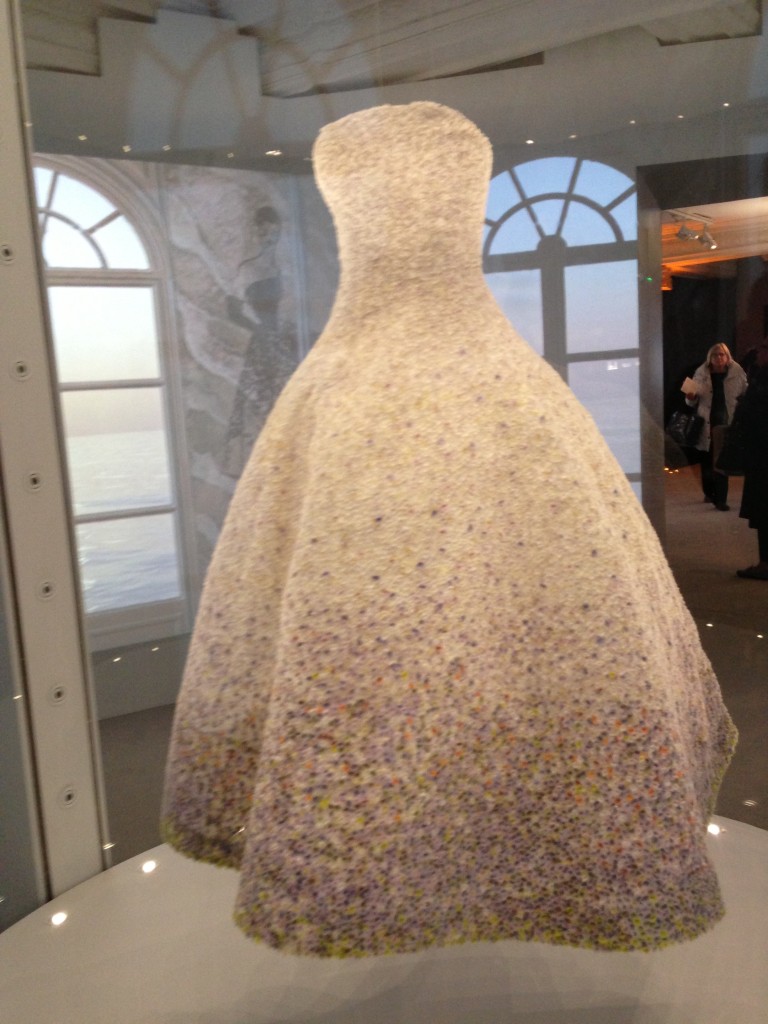 Dress worn by Natalie Portman in the Miss Dior campaign 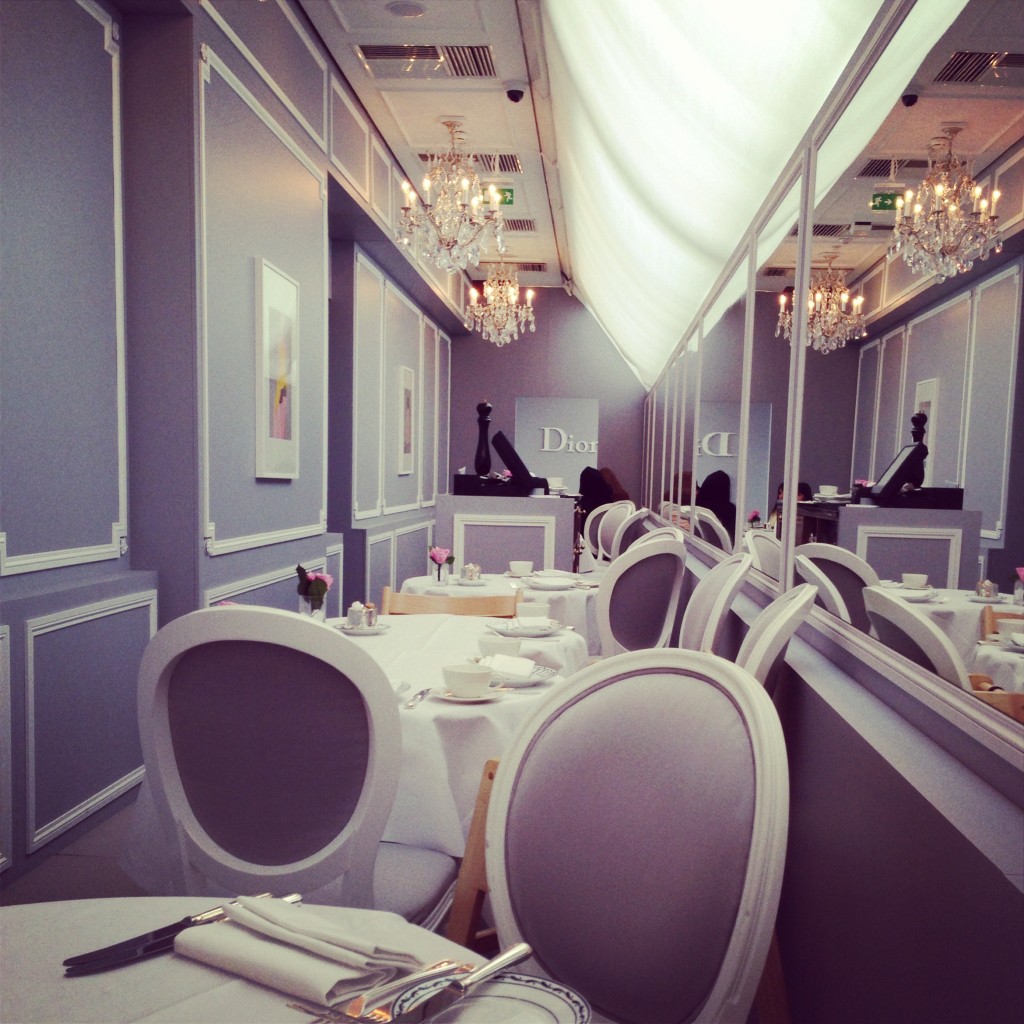