Last night was the opening of Dukebox, a seriously hip new nightclub located on Fulham Road. The team behind Dukebox is responsible for some of London’s hottest clubs, including Public where Prince Harry, Pippa Middleton and Katy Perry were frequently spotted. 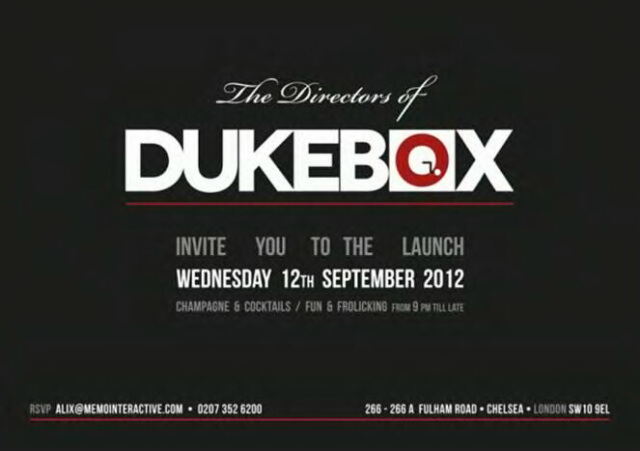 The champagne was flowing (my head still feels fuzzy), the DJ played the hottest tracks, and the crowd included the young and glamorous, including the Made in Chelsea cast.

The club looks like a New York warehouse but is supposed to have a “grown-up’s playground theme which includes carousel horses, jack-in-the-boxes, and private caves located off the dance floor. 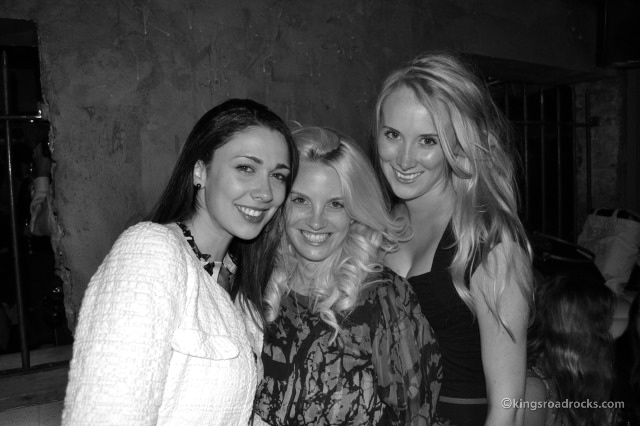 Hitting the dance floor with my gal pals, Julia Kent and Ali Manning. Thanks for snapping Kings Road Rocks!

The staff wore sexy versions of 18th century style military coats and carried champagne (complete with sparklers) the party-goers. We munched on marshmallows and popcorn. 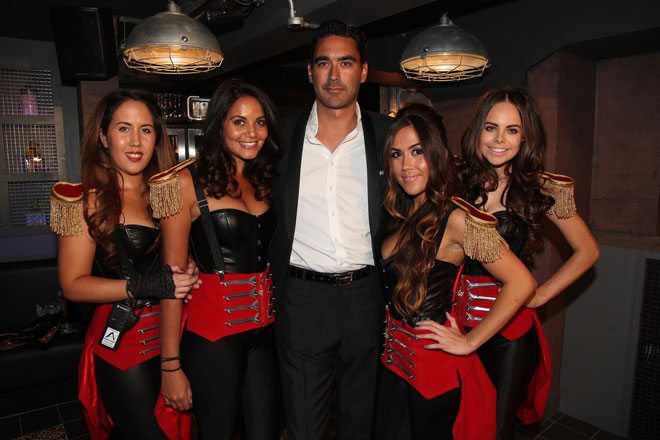 Co-Owner, Howard Spooner and the cocktail ladies. Photo from The Gentleman’s Journal.

Dukebox will be open until 2:30 AM on Thursday through Saturday nights and is located at 266 Fulham Road.