Private Members Clubs in London are a dime a dozen. I almost feel like it makes zero sense to join one because the second that you do, a new, hotter club will open up five seconds later. So it was with a massive grain of salt that I accepted a lunch invitation at 5 Hertford last week, which has been super hip for about a year now. You’ve probably heard of the Mayfair members club because of all the royalty and celebs stumbling out of Loulou’s, the night club in the basement , after very late nights. 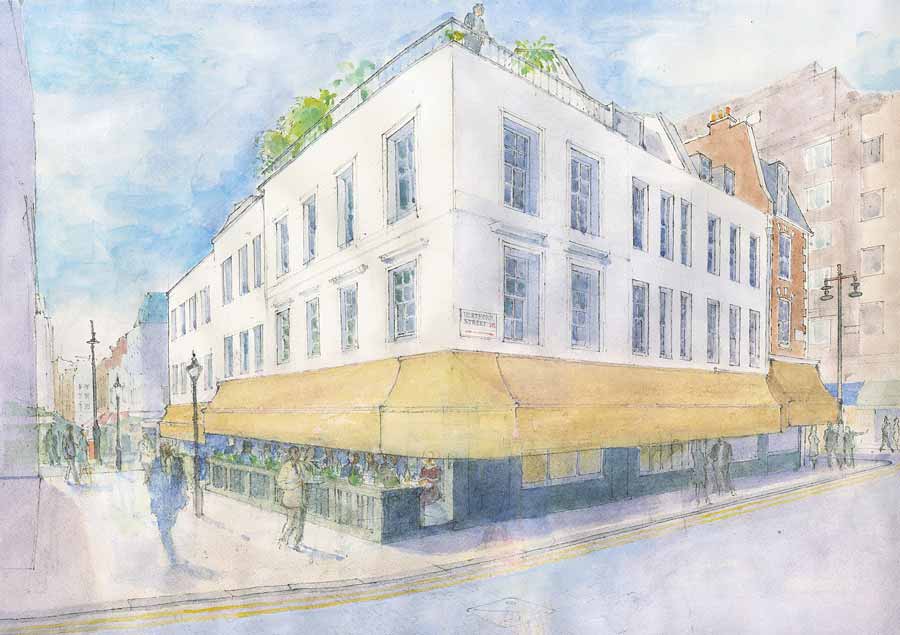 I was so incredibly impressed by my experience at 5 Hertford that I left  wanting to sign up for the wait-list. Yes, the club was impeccably decorated, and the clientele were super chic (although me and my girlfriends were definitely the youngest ones in the room by about ten years), but the food was also delicious, and the staff were very warm and welcoming. (I can’t really say the same of the Arts Club staff, who I feel like act like they are dong you a massive favor just placing your coffee order.)

There is a strict no phone and no camera policy inside of 5 Hertford, but I did manage to snap a few. Here’s the African bar downstairs at Loulous.

My two girlfriends and I were seated in the buzzy lunch room, and greeted by our lovely waiter. The giant fireplace was lit making the room cozy on a horribly freezing March afternoon. The waiter offered us each a bellini which he happily accepted. I ordered the most delicious chicken salad, which reminded me of being at one of my favorite lunch-spots in Los Angeles, (someone in London actually composed a delicious salad!!) My lady friends both had vegetable risotto which was delish, and we shared an amazing slice of chocolate torte for dessert. After our lovely lunch, we sat in the upstairs  cinema room of the club and had one more cheeky glass of Sancerre before it was back to work and kids. It was honestly one of the most lovely afternoons of this ongoing winter. 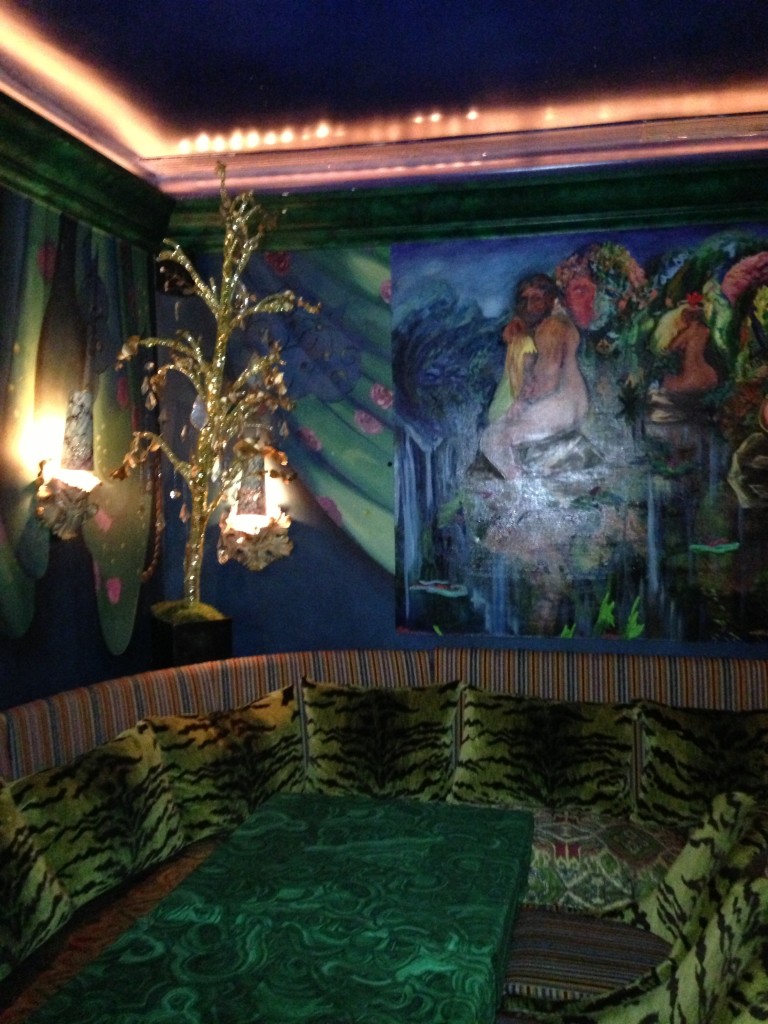 Quick snap of one of the night club booths.

Survey says- love it. If you’re not a member get invited!