If you read any silly tabloid here in London (I’m not judging, I read them too) you’ve likely seen some major celebs coming and going from The Arts Club in Mayfair since it opened late last year. 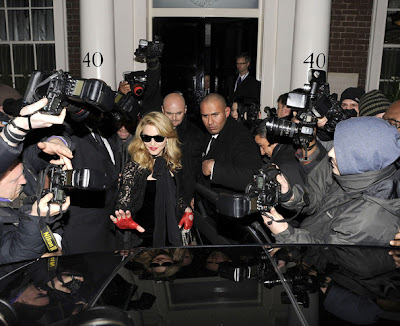 Madonna leaving The Arts Club in January
Photo by PacificCoastNews.com
I went to lunch yesterday at the new “it” members club with one of my girlfriends who just joined, and I am really sorry to say that we were a tad disappointed. I’ll give it to them, the decor was stunning and the clientele was beyond chic, but the service was really slow and the food was just okay.

The Brasserie Restaurant
The menu also states that all food is brought when it is ready, which means that we were given my starter salad first (a Cobb salad, which was really a Greek salad) and had to wait ages for my friend’s starter. The mains then came immediately after giving us no desire to finish our first course.
The club, which was originally founded by Charles Dickens, among others, in 1863, has been totally revamped by the same family who own Zuma, Roka, and La Petite Mason.
The price to join? £1500 and then an annual fee of £1500. What it gets you:  the chance to rub shoulders with Prince Harry, intimate Red Hot Chili Peppers concerts, and access to the bistro, brasserie, conservatory, drawing room, library and night club. What it doesn’t get you: guaranteed dining reservations. The club has already accepted so many new members that it’s almost impossible to get a table, even for those that put up the 3k! 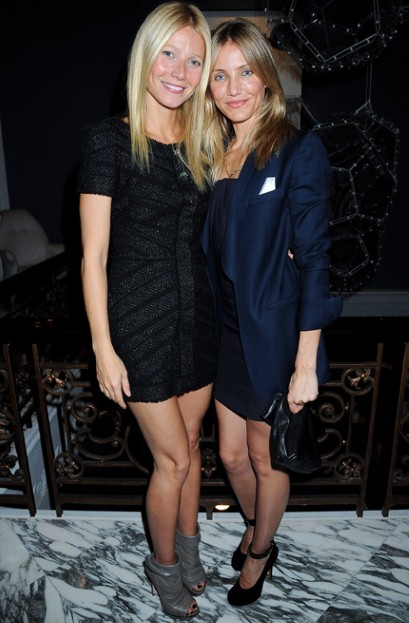 Gwyneth and Cameron at the opening.
Photo: REX 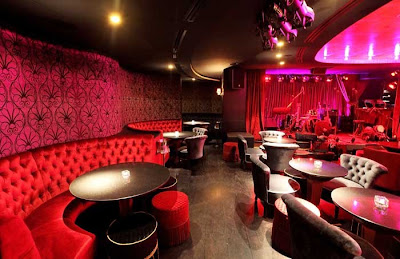 The Lounge and Stage. 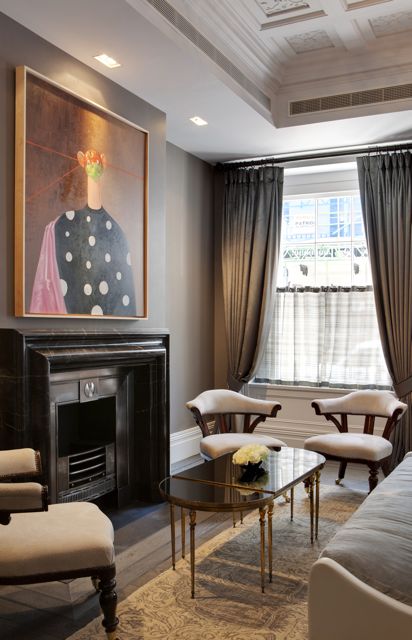 The Salon
Verdict- The Arts Club is the new place to see and be seen, but I recommend getting invited, not joining!
What’s the point if you can’t get a table at your own members club?!