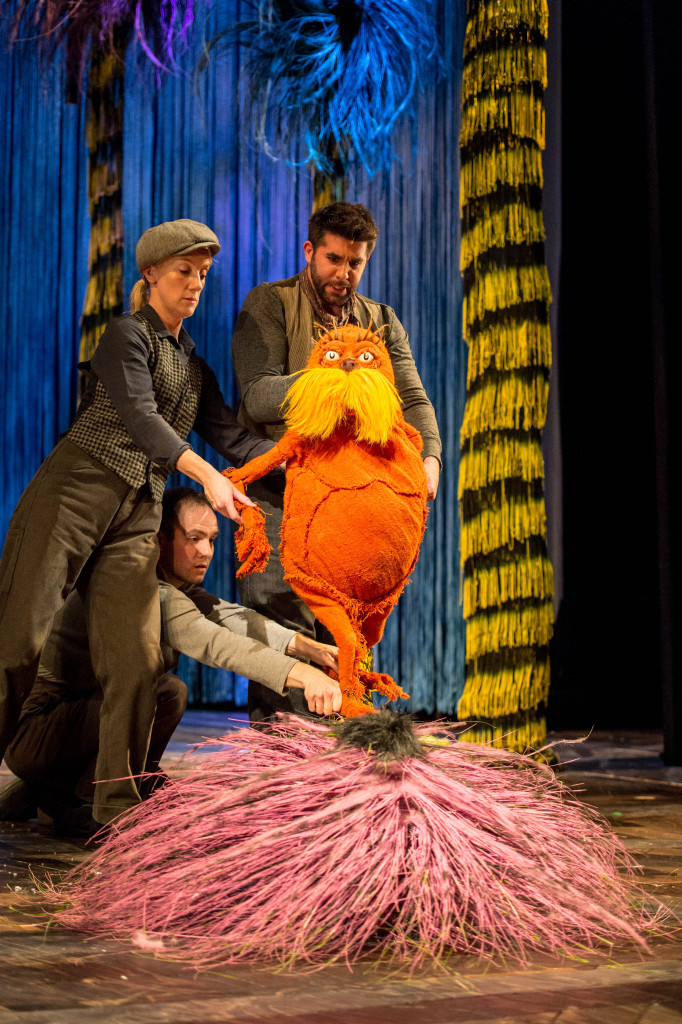 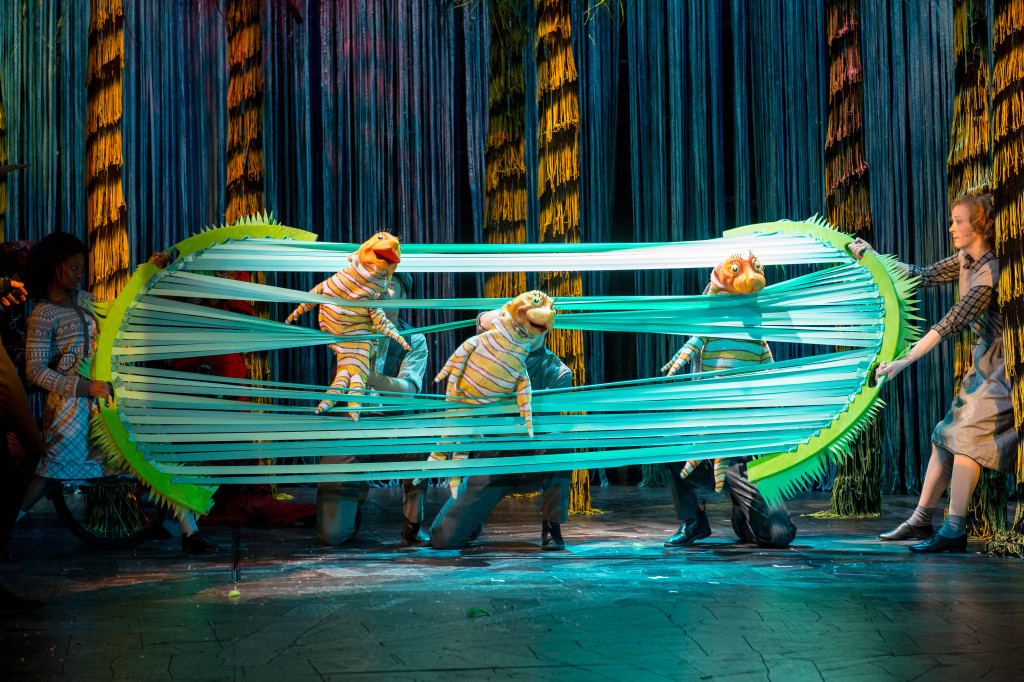 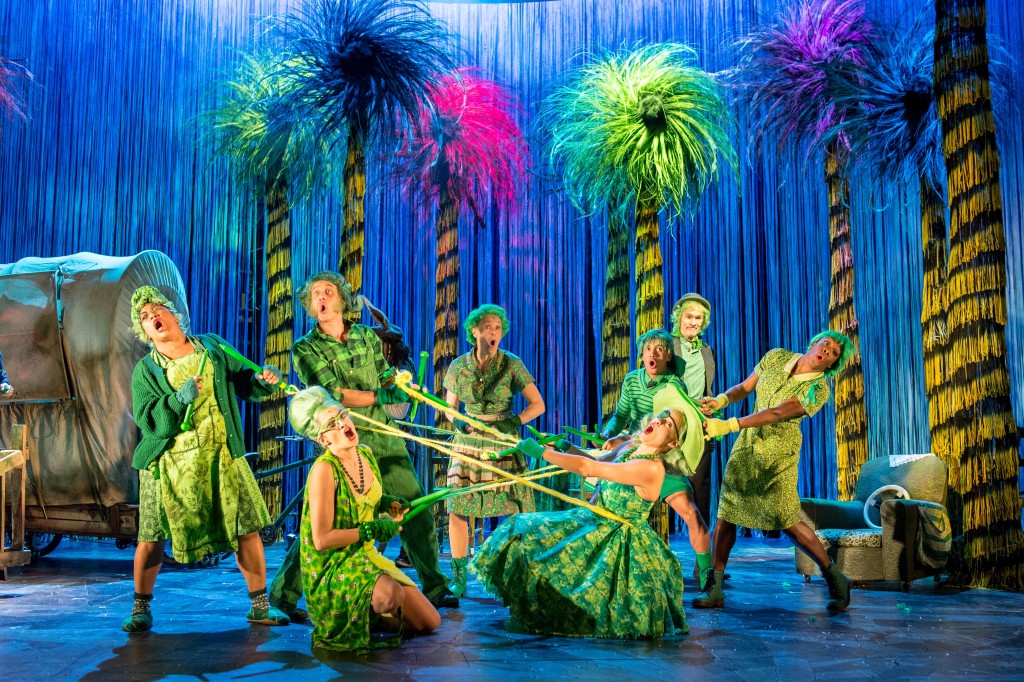 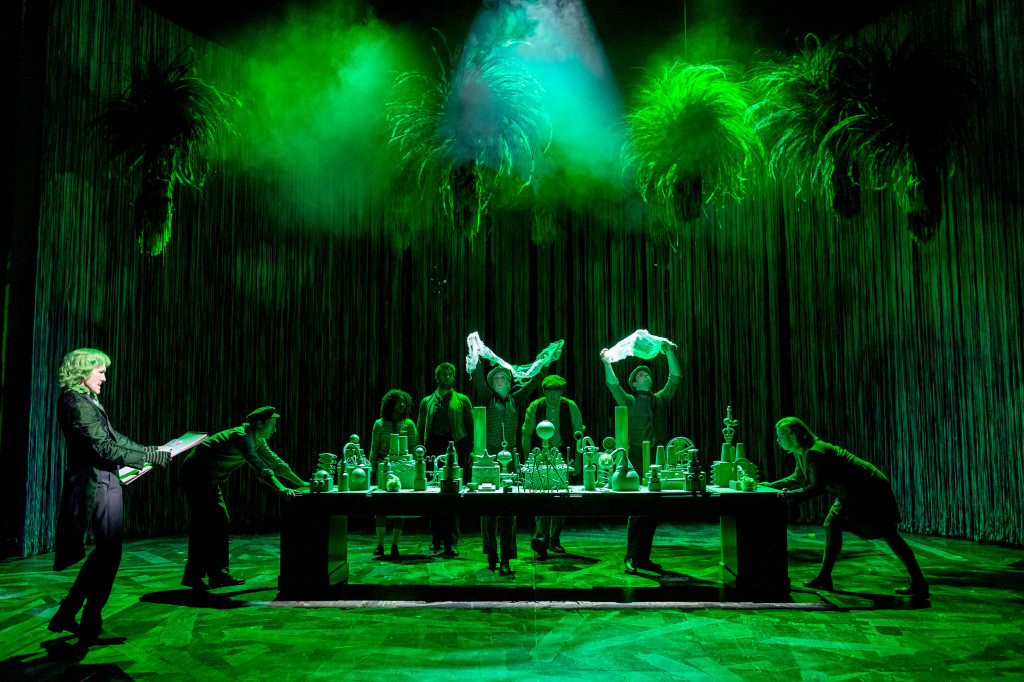 Last night I took Mini-AG to the opening press night of Dr Seuss’s “The Lorax” at the Old Vic. On the taxi ride to the theatre I told her that since it was a going to be a late night, we could definitely leave at the intermission if she was feeling too tired. Mini-AG has loved Dr. Seuss since she was little (she’s 5 now) and was thrilled to be going out past her bedtime. After a long day at work, I was hoping that we could watch the first half and then sneak home.

I haven’t had this much fun at a theatre performance in I don’t know how long!!!

True to Dr Seuss form, the entire script was in rhyme, which you think would be really annoying, but it’s actually hilarious and I caught myself laughing out loud too many times to count. The songs are catchy (I may or may not have been singing one when I was brushing my teeth this morning), the costumes are colourful, and the Lorax himself (a puppet with three actors beside him) is the most loveable character in the cast of bright coloured birds, singing fish and adorable bears.

The mini-moustached character spends the majority of the play fighting tirelessly to save his paradise from deforestation from the “Once-ler” who wants to strike it rick and make it big by cutting down the “Truffula Trees” (only Dr Seuss could make this stuff up). The moral of the story, in case you haven’t heard, is all about saving the environment and not being too greedy, so a great lesson for the littles in your life. Moral aside, you’ll love the singing and dancing, incessant rhyming and before you know it the 2 hour show will be up and you’ll be on your feet cheering for more.

Not only did Mini-AG stay awake for the entire thing, she wanted to chat about her favourite parts all the way home. And for someone who usually watches the clock through a normal movie, I didn’t check the time once. All I can say is book! The Lorax is only on until the end of January so to get tickets click the link below.