Coinciding with London Fashion Week SS15, the exhibition will include more than 40 original works by some of the leading illustrators of the time from Britain, Europe and America including René Bouché, René Gruau & Carl ‘Eric’ Erickson for publications including British & American Vogue, Harpers & Queen, The Sunday Times, as well as advertising work for L’Oreal and other famous names in Haute Couture such as Nina Ricci. There will also be a selection of original designs by designers including Dior, Barbara Hulanicki of BIBA & Zandra Rhodes. Prices will range from £300 – £10,000. 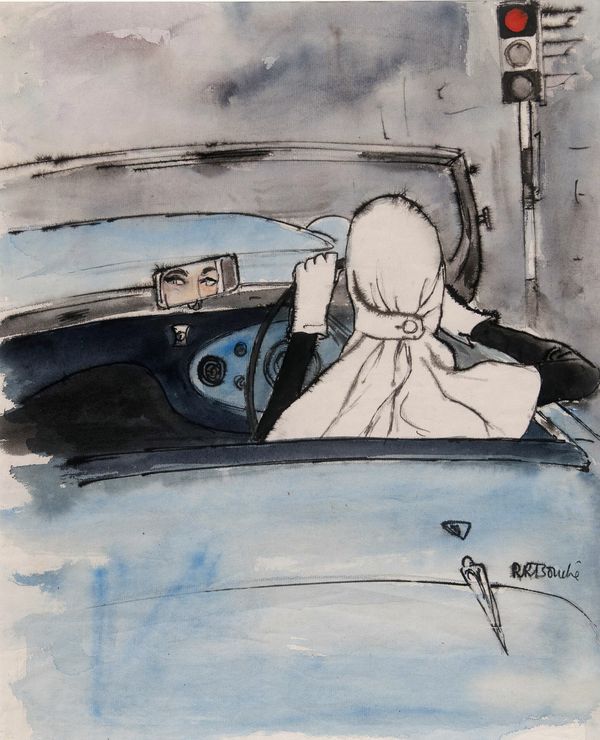 As Connie Gray of Gray M.C.A explained: “For too long fashion illustrators & their illustrations have been seen as a secondary art form, no matter how beautifully executed the image. More often than not, fashion illustrators were more widely known for their advertising work than they were for their work as highly skilled fashion illustrators. Though their style was familiar to the reader & their names published internationally alongside their illustrations, they have never been recognized as true artists. It was almost a secret world in which only those working in the industry knew & admired each other.” 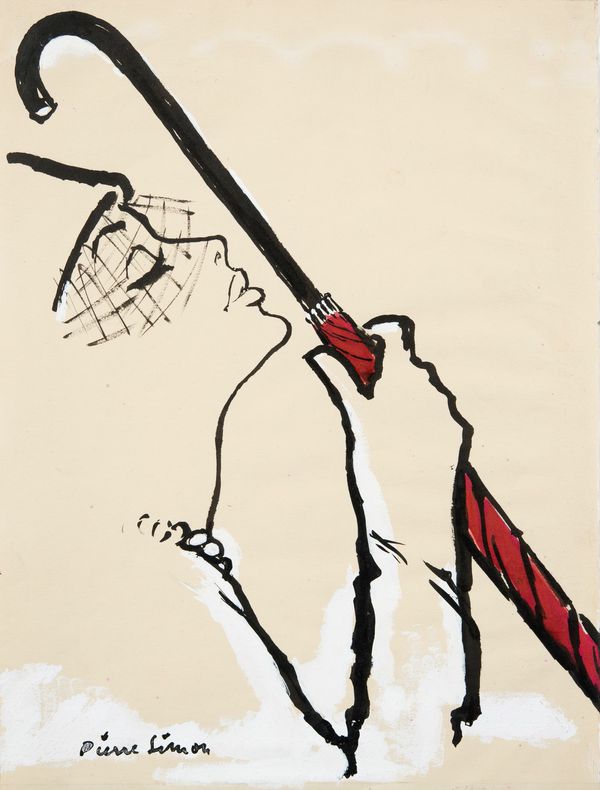 She continued: “Over the years, each illustrator developed their own personnel style, often using wit & charm to distinguish themselves from their competitors. Almost all were products of the most respected art schools of the time & to be a truly great illustrator, they needed to understand not only the life form but also the process of designing, cutting & finishing a garment. The fall of the fabric, the cut of the cloth – the ability to translate what they saw into a work of art that would sell a thousand frocks! 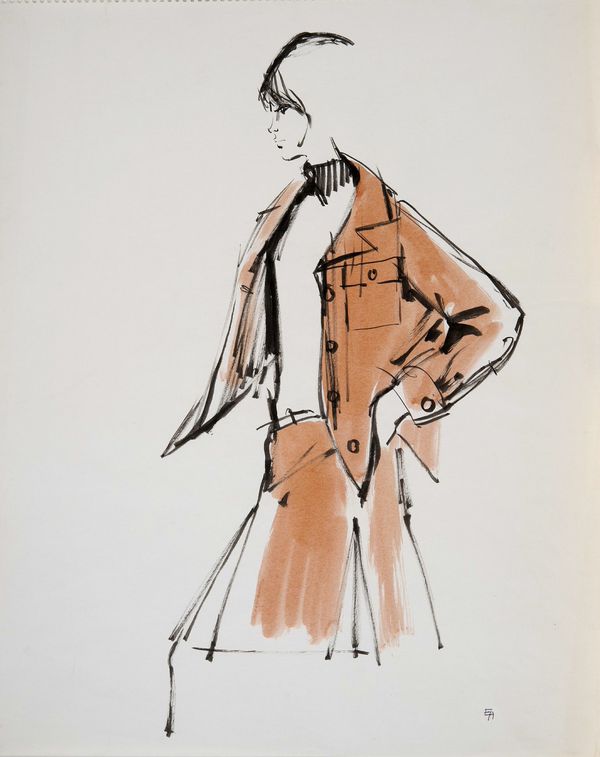 Tragically, few original fashion illustrations survive today. With the need for speed in production & printing, illustrations were rarely kept. Many were damaged in the printing process & then thrown away, considered worthless once the image was reproduced to print. Those that have survived have become internationally collectable as original & historical art works that truly caught the elegance, attitude and style or the time.” 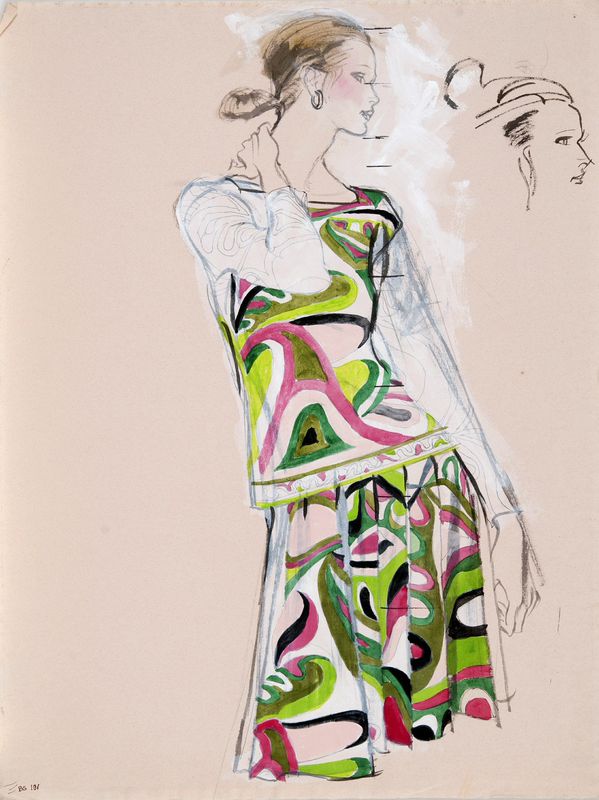 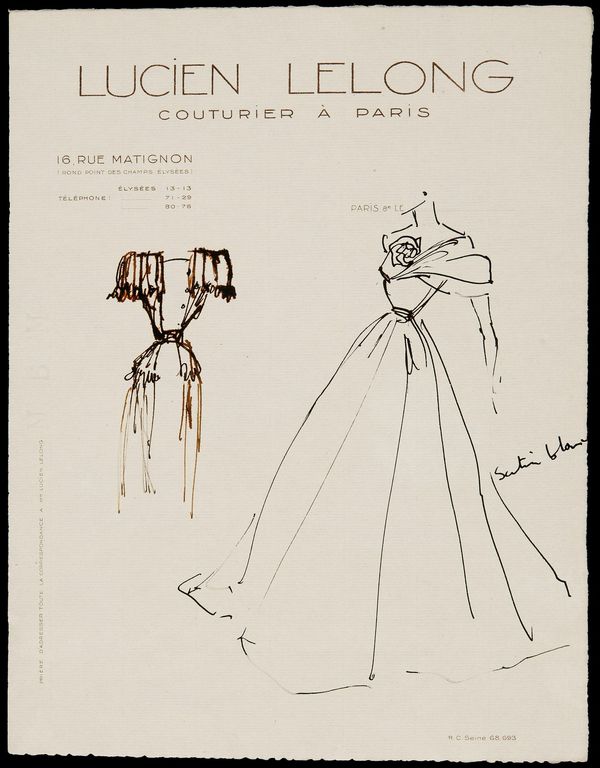 When covering the twice-yearly fashion shows in Paris, the fashion illustrators were forbidden from recording what they saw until they had left the event. They would rush to the nearest café to produce the sketches from memory. Their early working drawings were often more exciting than the final published work. They were often freer, fresher & more spontaneous and would represent the artist behind the picture before it became too over worked for publication. 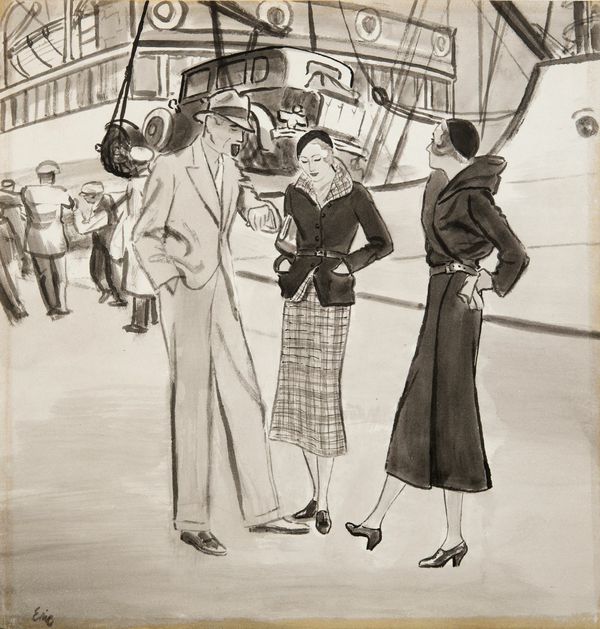