It finally happened. I was actually invited to a London catwalk show. And what’s even cooler, it was ISSA, the label that was made ultra- famous when K-Middy stepped out in her blue engagement frock. 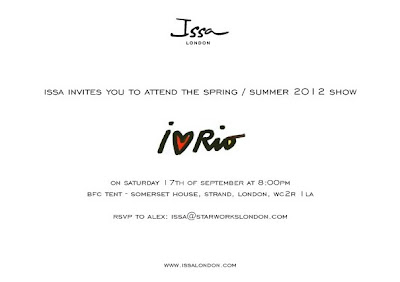 To say that I arrived at Somerset House excited is a major understatement! When I sat down the first thing I did was examine the FROW which included Mohamed Al-Fayed. Al-Fayed just bought the on-line discount site, Cocosa, and he was on hand in his signature grey suit to support his daughter Camilla, who recently acquired 51% of the business. Also in the crowd, and winning my “your mother would be proud-best manners award” was the pocket-sized pop star Tinchy Stryder, who let all the girls have a picture taken with him. 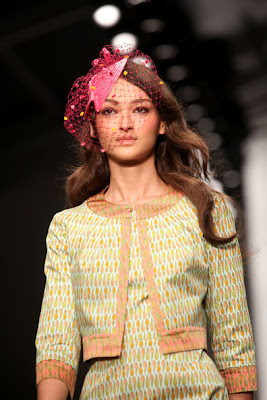 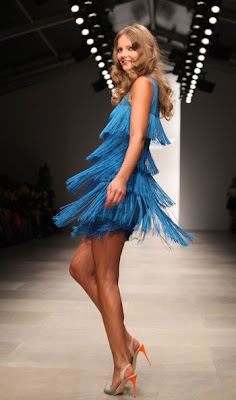 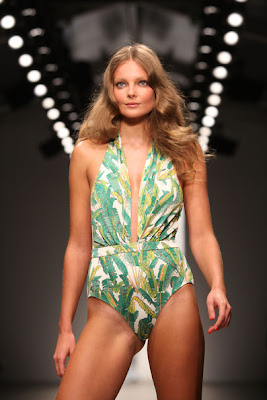 Issa designer, Daniella Helayel, took us on an amazing journey to Rio, with the most incredible headpieces designed by Stephen Jones who was also sitting in the FROW. I told Stephen that his hats always won me money at the races and he gave me a big smile! 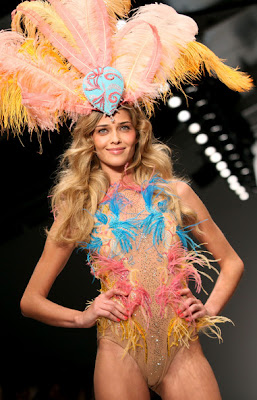 Stephen did the most incredible piece for the finale (above), which was an embroidered, feathered, and beaded leotard in full-on Copacabana style!

The show was fast paced and full of lovely lady-like dresses and a touch of international jet-set glamour. I left humming the theme song “The Girl from Ipanema” and wanting to order the entire collection for my next trip to Palm Beach.