I finally have my first hen-party behind me. A hen-party that I quasi-planned. And it went terrific!
First, off lets go through some US v UK differences here. A “Hen Party” is the UK version of a Bachelorette. (If you hate the name as much as I do, you can rename it a Swan Party!} They don’t do Bridal (or Baby) Showers here. Apparently they feel presumptuous asking for gifts, which is why they don’t do gift registries either… Confusing.
So, how do you make a bachelorette party chic and fabulous??
My first step was getting in touch with Caroline Whitmey of Caroline Whitmey Events. She suggested we start the evening (and stay) in the Royal Suite at The Goring. “Perfect.” I thought to myself. Nothing has more “wow- factor” than the Royal Suite. After all, if its good enough for K-Middy and Pippa…. 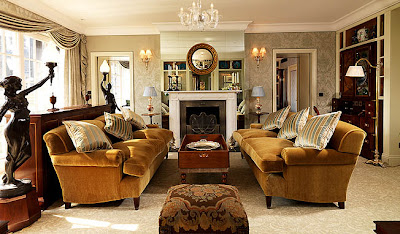 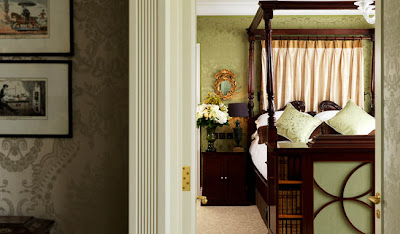 My favorite part of the suite had to be the oil painting hanging in the shower of the master bedroom. Tucked away behind a special glass, it was definitely the most elegant shower I’ve ever been in! Most luxurious showers (this one included) seem to have a custom glass shower door these days. They make the bathroom look so much lighter, whilst also providing more space as the doors can open either way. This hotel bathroom was really lovely, and the shower was definitely the stand-out feature for me. 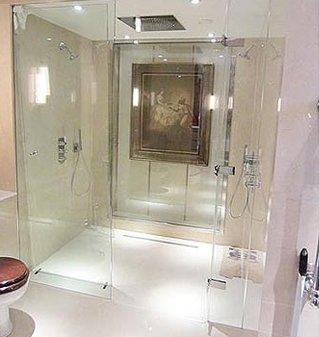 We arranged to rent out the entire suite, including two bedrooms, three bathrooms, dining room (complete with grand piano) and drawing room. We held a pre-dinner cocktail party, complete with an award-winning singer who had starred in Le Mis and Phantom. It was a magical start to the evening, and after a few too many Bellini’s we were whisked away for dinner and drinks…. 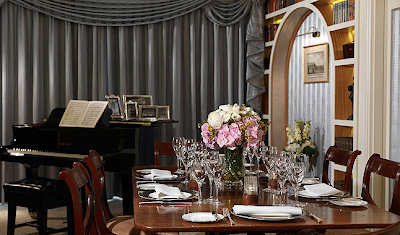 {Too busy playing hostess to snap my own. Photos via The Goring & Sheya}
To be continued…
***For ticket information for my October soirÃ©e, Pink Diamonds & Pink
Champagne, click here.**